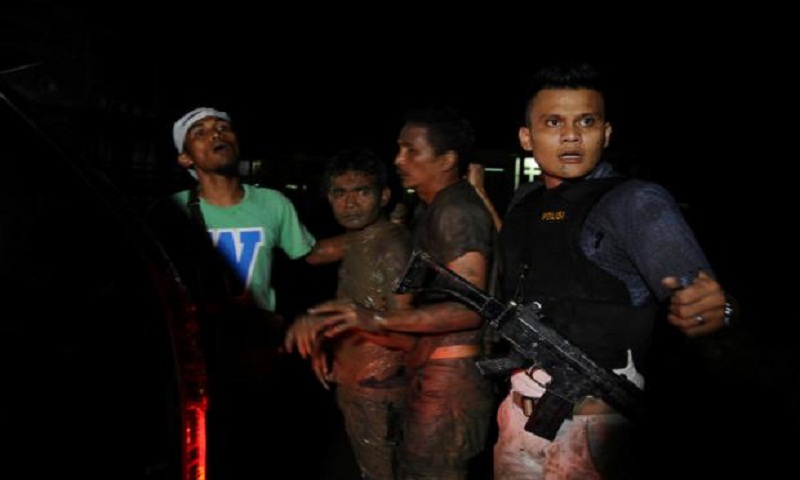 More than 100 inmates escaped from a prison in western Indonesia after overpowering a guard during prayer time, police said Friday.

The break occurred late Thursday at the Lambaro penitentiary when all 720 inmates were let out of their cells to take part in evening prayers, said Trisno Riyanto, police chief in Banda Aceh, the capital of Aceh province.

He said that the inmates, who were mostly convicted of drug charges and apparently had planned their escape in advance, cut through the wire and iron bars using barbells and crowbars in the reception room and made a dash through rice fields in front of the prison.

The guard's injuries were not serious, police said.

At least 26 prisoners have been recaptured and police set up roadblocks across Banda Aceh to search for the others.

Aceh provincial police chief Rio Septianda Djambak called on the escaped prisoners to surrender within three days and urged their relatives to support authorities in bringing them back.

"We will not hesitate to take firm action to force them to obey the law," Djambak said.

Jailbreaks are common in Indonesia, where overcrowding has become a problem in prisons that are struggling to cope with poor funding and an influx of people arrested in a war on drugs. Most prisoners have been convicted of drug charges.

Last year, more than 440 prisoners escaped from a penitentiary in neighboring Riau province when they also took advantage of Friday Muslim prayers. In July 2013, about 240 prisoners, including several convicted terrorists, escaped during a deadly riot at a prison in Medan, the capital of North Sumatra province.