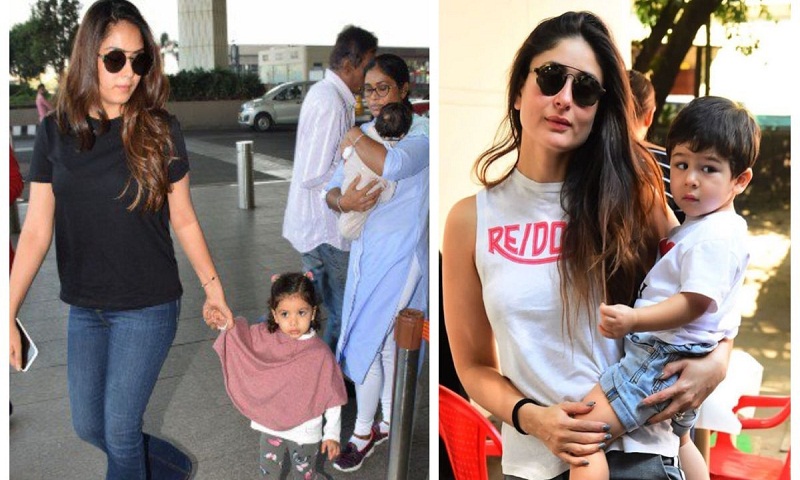 Shahid Kapoor and Mira Rajput Kapoor have been giving us major relationship and parenting goals quite lately. They were blessed with baby boy, Zain Kapoor, in September.

On Friday as the new mommy jetted off on a holiday with her two children, Misha and Zain, Mira was clicked at the airport holding Misha’s hand, while a nanny carried Zain with another nanny present apparently for Misha.

This attracted the attention of the trolls, who slammed Mira for not carrying her 2-month-old baby boy in her arms. Not only this, netizens even compared her to Bollywood actress Kareena Kapoor Khan, who has a nanny for her 2-year-old son Taimur.

Netizens even recalled the statement given by Mira Rajput on Karan Johar’s coffee show Koffee with Karan in 2017 which turned out to be controversial.

The new mommy talked about parenting and how she was happy to be an at-home mother. She made some controversial statements about working mothers, and, interestingly, Kareena Kapoor was one of those mothers.

Talking to media, Kareena condemned Mira’s statement and said that nobody has the right to judge how good a mother she is.

Netizens were quick to notice this and trolled the young mom and commented how she backtracked from her own statements.

Here are some of the comments.

Before this, Mira has been slammed for endorsing an anti-ageing cream at the age of 23 and when she was pregnant with Zain. Not only this, Mira was also trolled when she posted a picture of herself sharing a steamy kiss with husband Shahid Kapoor on Diwali.