The gap between myth and reality in election finance 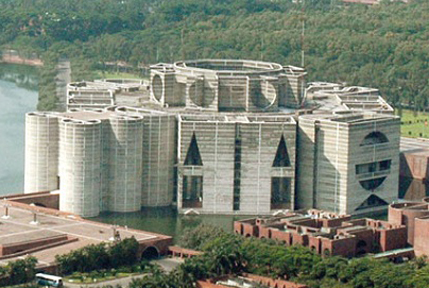 The legal limit on election expenses for each contesting candidate is determined on a per capita basis, and varies in line with the size of the electorate in each constituency, with a uniform ceiling that applies for everyone.

In the wake of a recent gazette notification, candidates are allowed spending of Tk 10 per voter (previously Tk 8) in their constituency. That means candidates in Jhalakathi-1 for example - the smallest electorate in the country numbering 178,785 - are restricted to legally spending even less than Tk 18 lakh.

The new ceiling of Tk 25 lakh (2.5 million) thus comes into play for constituencies with more than 250,000 voters (2.5 lakh) - some 275 of the 300 constituencies fall in that category. So we may take Tk 25 lakh spending limit - to which it was raised from Tk 15 lakh prior to the 10th parliamentary elections in 2014 - as applicable to most candidates.

Yet Bangladeshis have long bemoaned the entry and subsequent entrenchment of 'black money' in their politics, and studies exist to demonstrate how the spending limits have been flouted in the past.

To be sure, 'black money' in politics does not always denote corrupt or criminal intent. But it is always undisclosed, and that is enough to allow the scope for illicit use.When people say 'get black money out of politics', what they are calling for is the establishment of formal channels of political financing that are transparent and instill accountability in the system.  In a study conducted by Transparency International Bangladesh (TIB), the corruption watchdog, it was revealed that in the scheduled January 2007 general election that was postponed at the last moment ('1/11'), candidates seeking nominations had spent three times the stipulated spending limit even before the date kicked in for election spending.

The Election Commission neither took any measures to prevent it, nor did they take any action against the perpetrators of such violations, according to TIB.  In another recent survey by TIB related to illicit finance in politics, the spending patterns of candidates in 40 constituencies shed light on the sheer scale of the discrepancy between the legal limit and what was actually spent by candidates in the 9th parliamentary election held on December 29, 2008.

The 88 candidates in the surveyed constituencies spent Tk 4,420,979 on average during the legal timeframe for election campaigning. The highest amount spent by a candidate was Tk 28.1 million, (Tk 2.81 crore).

Keeping in mind the previous expenditure limit of Tk 15 lakh, that means the candidates in the 40 constituencies included in the TIB study exceeded the limit thrice over. The subsequent increase by Tk 10 lakh is unlikely to have prevented it from happening again.

In 2006-2007, TI successfully piloted the Crinis, a research, benchmarking and advocacy tool, in eight Latin American countries, triggering both debate and reform.

The project assessed levels of transparency and accountability in political party- and election finances looking at laws and practices in the participating countries.

Following its success in Latin America, the Crinis Pilot Project in Asia Pacific was launched. This pilot stage started in Bangladesh, Indonesia and Nepal.  The main goal of the project was to contribute to the strengthening of the legitimacy and credibility of democratic institutions by increasing the levels of transparency and accountability in the political finance systems in Bangladesh, Indonesia and Nepal.  According to the Crinis methodology, countries are assigned a score between 1 to 10 on a number of indicators or dimensions. Bangladesh's mean score is 4.5 (termed as 'regular'). Among all the categories, only the scope of reporting (mean score 9.2) returned a satisfactory mark for Bangladesh.

In comparison to the two other countries that were part of the pilot, Bangladesh did attain the highest mean score (4.5). Indonesia scored 3.7, and Nepal scored 2.8. However, in sum, TIB concluded all these countries have a lot to develop in terms of monitoring political finance and transparency.