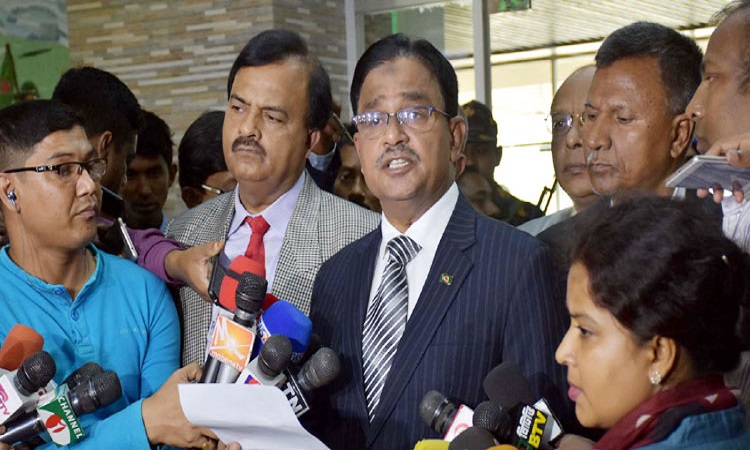 The opposition alliance made the demand by submitting a list of the officials to Election Commission (EC) Secretary at Nirbachan Bhaban on Thursday.

On behalf of Oikya Front, BNP joint secretary general Syed Moazzem Hossain Alal submitted the list and a letter containing their other demands and observations to create a level-playing field.

The alliance urged the EC not to engage police officials who are the followers of any particular political party in the election duties.

Talking to reporters, Alal said, "We’ve demanded the withdrawal of over 60 officers of different ranks of police, including DIG, Additional DIG and Police Superintendent, who are busy creating obstacles towards ensuring level-playing field.”

He said they also submitted detailed information to the EC about the police officials they are seeking to be pulled out from the electoral responsibilities.

The BNP leader said the Chief Election Commissioner today (Thursday) called upon the police officials to remain neutral, but the Commission has the authority to give them order.

He claimed that some government and EC officials have been carrying out activities that go against the electoral code of conduct after the announcement of the election schedule. "We’ve presented some documents in this regard and sought preventive measures.”

Alal alleged that some ‘controversial’ officials at National Telecom Monitoring Centre (NTMC) and Bangladesh Telecommunication Regulatory Commission (BTRC) had blocked Skype and internet services around their chairperson’s Gulshan office when their leader Tarique Rahman was interviewing the party’s nomination seekers. “It’s also a violation of the election code of conduct.”

He said police kept arresting BNP leaders and activists, including the nomination hopefuls.

Alal said the EC instructed all to remove the election campaign materials, including posters and billboards, but many city areas are still replete with posters of Boat and Plough. "We’ve placed enough documents before the EC in this regard and demanded necessary actions."

He said different city corporations and other government organisations are still carrying out campaigns in favour of Awami League in the name of development. “We demanded the Commission stop it immediately.