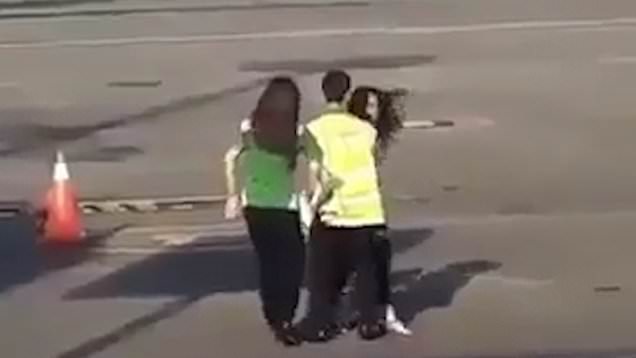 In a bizarre incident, a woman who showed up late for her flight decided to try and chase down a moving plane instead of waiting for the next flight out. According to Channel News Asia, the woman, identified by local media only as Hana, missed her flight at Bali's Ngurah Rai Airport on Sunday morning. She was supposed to take a Citilink flight from Bali to Jakarta, but did not show up on time.

According to an airport spokesperson, the woman did not turn up at the boarding gate and did not respond to the three calls made to her.

However, just 10 minutes before her flight was scheduled to depart the woman broke through security at the boarding gate and dashed onto the tarmac.

A video which has gone viral on social media shows her at the tarmac, trying to chase the plane. Two security officers are seen holding her as she tries to break free.

A spokesperson for the airline confirmed the incident, according to Channel News Asia. "At 7.10 am, (the passenger) trespassed the boarding gate as the flight was going to depart to Jakarta as scheduled at 7.20 am.

"A Citilink employee and an airport security employee then pursued her," he said.

"The Citilink employee tried to secure the passenger as the plane was already moving, causing the passenger to fall onto the ground."

The Strait Times reports that the woman was placed on another flight to Jakarta later.