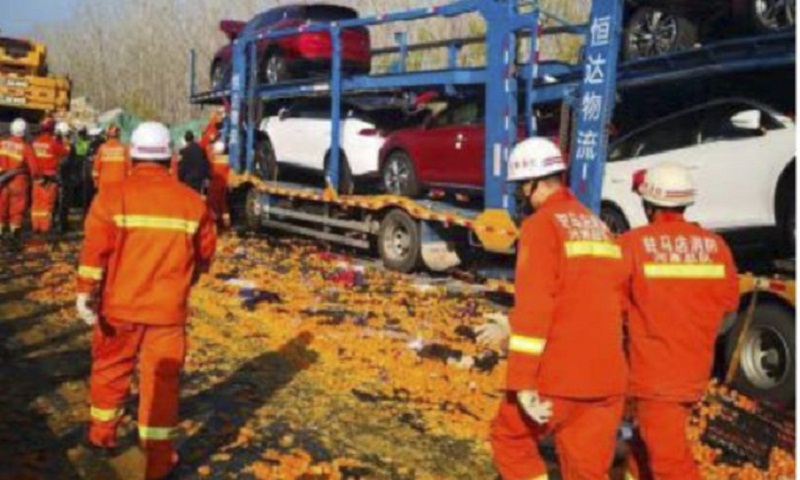 The death toll in a 28-truck pile-up on an expressway in central China’s Henan Province on Monday has risen to nine with nine others injured as of Tuesday morning, local authorities said.

The accident occurred around 7:30 am near a toll station in Pingyu, in the city of Zhumadian, according to the publicity department of Pingyu County Committee of the Communist Party of China.

The injured have already been hospitalized and are in stable conditions.

An initial investigation revealed that a sudden fog on the expressway caused the accident, according to local authorities.

Traffic on the expressway has resumed by Monday afternoon.