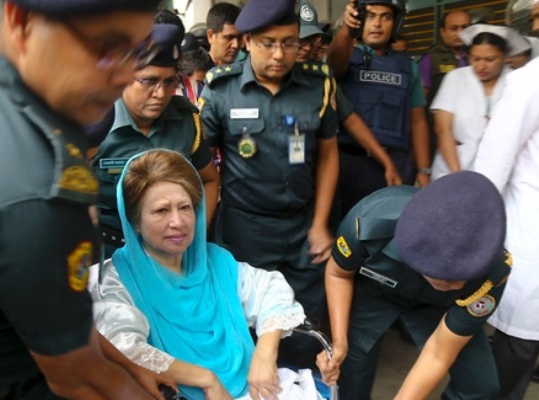 BNP chairperson Khaleda Zia has filed an appeal with the High Court (HC) challenging her conviction by a trial court in the much-talked-about Zia Charitable Trust corruption case.

Khaleda’s lawyer barrister Nowshad Jamir filed the appeal on Sunday on behalf of Khaleda after receiving the copy of the full verdict of the case.

The appeal also sought her bail.

On October 29, a Special Court-5 pronounced the verdict sentencing her to seven years’ imprisonment in her absence when she was undergoing treatment at Bangbandhu Sheikh Mujib Medical University (BSMMU) under a special medical board formed by the government.

The court also fined her Tk 10 lakh each, in default, to suffer six months more in jail. It also ordered confiscation of the 42-katha land bought against the trust’s name.

On August 8, 2011, the ACC filed the Zia Charitable Trust graft case with Tejgaon Police Station accusing four people, including Khaleda Zia, of abusing power in raising funds for the trust from unknown sources.

The former Prime Minister has been serving five years' rigorous imprisonment at Old Central Jail, as she was convicted in the Zia Orphanage Trust graft case on February 8 last.