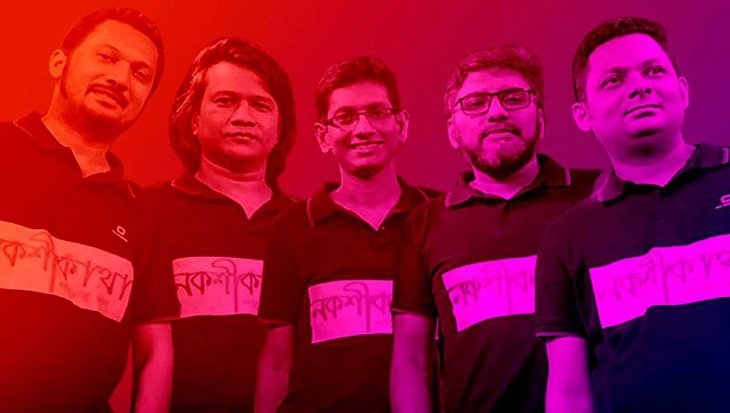 The third and final day of the fabulous folk festival resumed on Saturday with the performance of Nakshi Kantha.

Sun Communications in association with Sun Foundation organized the festival in the country for the fourth consecutive year at Bangladesh Army Stadium in Banani from the evening till 12 am, reports UNB.

The musical troupe generally performs Jari, Sari and many more genres of song.

Las Migas from Spain and Shafqat Amanat Ali from Pakistan are scheduled to come to this bustling city to celebrate the spirit of folk music on the final day of DIFF.

Baul Kabir Shah, Arnob, Swarobanjo and Bhabna Nritya Dol of the hsot country will also be performing on the third day.

DIKANDA from Poland, Wadali Brothers and Satyaki Banerjee from India and Abdul Hai Dewan from Bangladesh performed on the first day of the three-day-long folk fest.

Internationally renowned music band DIKANDA introduced the audience with extremely emotional and authentic performance just after the formal inauguration of the fest on Thursday.

Grammy award-winning folk band Los Texmaniacs from the USA and Majaz from Bahrain also enthralled Dhaka audiences on the second day of the fest.

The Raghu Dixit Project from India, prominent artists Momotaz Begom and Swarobanjo of the host country were on the list to perform on the second day (Friday).

Some 174 artistes from seven countries including Bangladesh gathered on a single stage to celebrate the music of the heart.

The audience had to print their Entry Pass for each day to enter the festival with the photocopy of their respective NID or Passport.