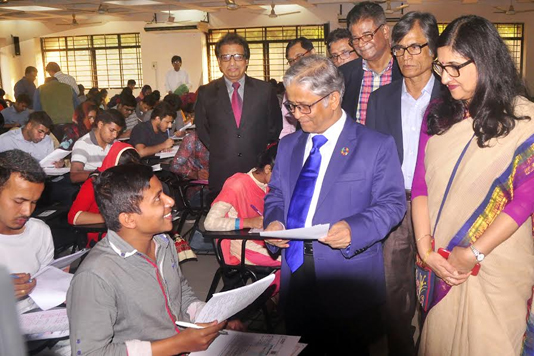 The Dhaka University (DU) today retook the “Gha” unit test for admission into first year honors courses at different disciplines of the university under 2018-19 academic sessions.

Some 18,463 students, who obtained pass marks in the previous test held on October 12, appeared in the retake examination against 1,615 seats, said a DU press release.

An hour-long test was held at 19 centres on the university campus from 3pm to 4pm.

Earlier, on October 23, the university authorities at an emergency meeting took the decision of retaking the test following a students’ protest.

A total of 70,440 candidates took part in the examination.