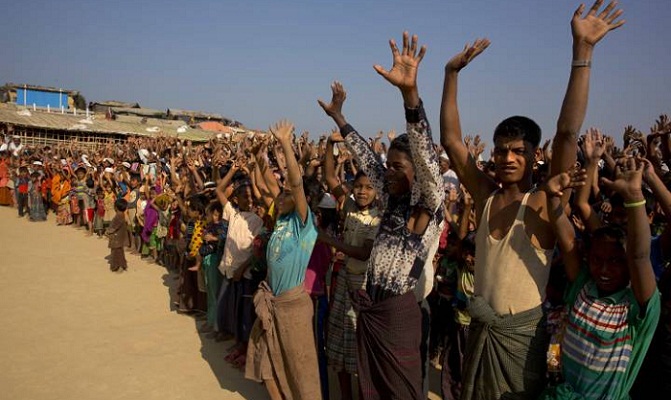 Bangladesh is hopeful of starting repatriation of the Rohingyas to Rakhine in Myanmar from November 15 as per a decision taken by the Joint Working Group (JWG) on repatriation at a meeting held here on October 30.

“We are hopeful about the repatriation. Let’s see what happens,” Foreign Secretary M Shahidul Haque told reporters after attending a workshop on the 4th Industrial Revolution at a city hotel on Tuesday.

The ministry of foreign affairs organised the daylong workshop, inaugurated by foreign minister A H Mahmood Ali in the morning.

Haque said Bangladesh and Myanmar set the start date of repatriation and both the countries are “working as per the schedule”.

Myanmar had initially verified 2,200 Rohingyas for return in the first batch when the repatriation is set to begin on this Thursday.

The secretary said they are informing the listed Rohingyas at the camps in Cox’s Bazar about their repatriation. He, however, said: “If they (Rohingyas) don’t want to go, we have nothing to do.”

The foreign secretary also said the set date of November 15 can be differed. “I always say, repatriation is a lengthy process,” he added.

Bangladesh so far provided Myanmar a list of over 32,000 Rohingyas in two phases and furnished the latest list of 24,000 in the last Joint Working Group meeting while Myanmar said they by now verified 5,000 of them.

More than 700,000 Rohingyas crossed into Bangladesh from Rakhine since August last year when Myanmar launched there a brutal military crackdown, dubbed by UN as a “textbook example of ethnic cleansing” and “genocide” by international rights watchdogs, sparking a global uproar.

Bangladesh, which had been extending refuge to another 300,000 Rohingyas ahead of the fresh exodus since last year, demanded mounting UN and global pressures on Myanmar for their safe and dignified return and security once they returned home.