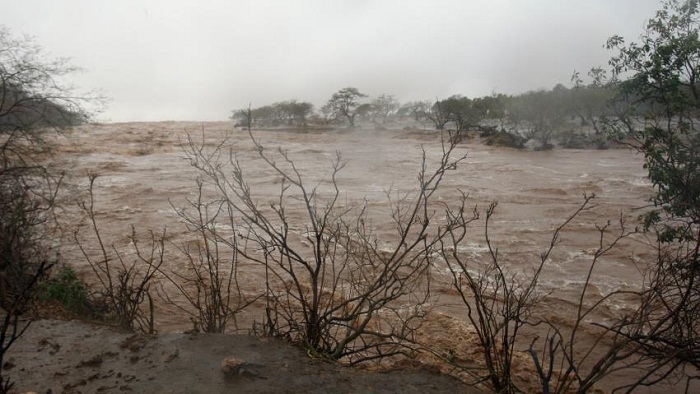 The bad weather also saw over 3,700 tourists evacuated by the authorities from the world famous historic site of Petra.

The deaths come more than two weeks after October 25 floods in the Dead Sea region of Jordan cost 21 lives, most of them children on a school trip.

A civil defence source told AFP that five other people were missing.

"Heavy rainfall in the Dabaa region (south of Amman) prompted the closure of the desert highway (leading to the south of the country) in both directions after the area was flooded," said Ghneimat.

She said two women and a child were among those killed in the floods.

The civil defence source said another child died in the Madaba area, also south of Amman, when the car the child was in was caught up in waters.

"Rescuers are searching for five people who are missing in that area," the source said.

Authorities evacuated 3,762 tourists from the ancient city of Petra, an archeological site and key tourist destination in southern Jordan, due to the bad weather, Ghneimat said.

State television said that flood water in the red-rock city of Petra and in some areas of the nearby Wadi Mussa desert had risen to between three and four metres high and flooded the main roads.

It broadcast footage showing people standing on both sides of the main road in Petra and along the desert highway trying to stay clear of the floods.

Jordan's ministry of education also ordered schools closed across the country on Sunday.

Ghneimat urged residents of the stricken areas and low-lying regions to evacuate their homes, saying that heavy rains were expected to continue to lash Jordan Friday night and Saturday.