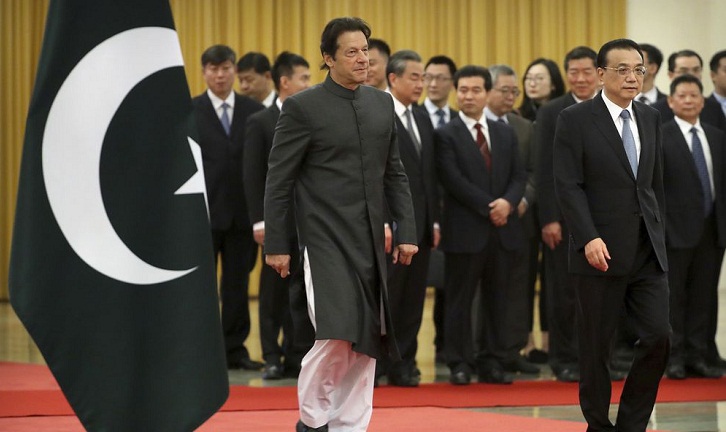 An International Monetary Fund team arrived in Islamabad Wednesday for talks on a possible IMF bailout, even as Pakistan insisted it had solved its immediate balance of payments crisis.

"We had a gap of $12 billion and in that $12 billion, six billion came from Saudi Arabia and the rest came from China," Asad Umar told reporters, without specifying the nature of the Chinese assistance.

The finance secretary and the governor of the state bank will attend a meeting in Beijing on Friday to finalise the terms of the assistance, he added.

Pakistan secured $6 billion in funding from Saudi Arabia and struck a 12-month deal for a balance of payments lifeline during Khan's visit in October.

Despite the pledges, the ministry of finance said the Pakistan would still seek broader IMF support for the government's long term economic planning.

Since taking power in August, former cricketer Khan has been searching for ways to rally a struggling economy hit by inflation and shore up the country's dwindling foreign currency reserves.

As well as a highly-publicised austerity drive, including auctioning off government-owned luxury automobiles and buffaloes, the new prime minister has also made overtures to the IMF -- which has bailed Pakistan out repeatedly since the 1980s.

However, Islamabad received billions of dollars in Chinese loans to finance ambitious infrastructure projects, and the US -- one of the IMF's biggest donors -- has raised fears that Pakistan could use any bailout money to repay its debts to Beijing.

Islamabad -- which last received an IMF bailout in 2013 to the tune of $6.6 billion -- has refuted these claims.