Village in the city tries to save Zimbabwe traditions 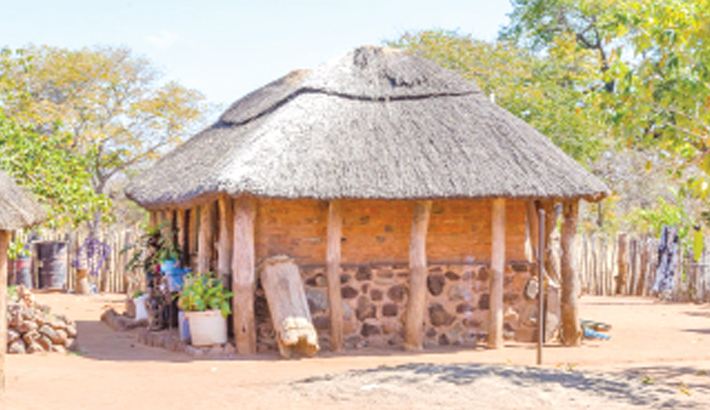 HARARE: Children entering a hut in a suburb of Zimbabwe’s capital gaze in wonder at objects foreign to them—ancient farm tools, pottery, even the grass roof and reed mats on which they are asked to sit, reports AFP.

A bespectacled elderly woman claps her hands to get their attention and tells them gripping tales with words and songs about animals, folklore and supernatural beings. Hatifari Munongi, a poet, storyteller and retired schoolteacher, has built a replica traditional homestead at her property in the suburb of Marlborough in Harare.

She was inspired to set up the miniature village after chatting with local children.

“I would ask a child about ‘nhodo’ and they would stare at me with a blank face,” she told AFP, referring to a game of counting pebbles in and out of a small pit in the ground, which was beloved by generations of Zimbabweans.

“It was all foreign to them. For me that was not a good sign,” she said, explaining how it spurred her “to do something to rescue our disappearing culture and traditions”.

So Munongi, 80, used savings from her teaching career to build the homestead as a repository for indigenous knowledge and the country’s rich cultural heritage.

Finished last year, its circular walls and grass roof stick out among the surrounding modern brick and tile-roofed houses.

Inside she teaches children about a lifestyle that is either already lost or increasingly under threat due to rapid urbanisation that has seen Harare’s population boom from 615,000 in 1980 to well over two million today.

“The idea was to give urban children an idea of how African people lived before and now,” Munongi told AFP.

“Children in urban areas did not know a lot of things. This place is open for early childhood classes, primary school, secondary school, college and university students. There is a lot for them to learn.”

Adults pay $3 and children $1 to visit the homestead, which consists of the round hut, a cattle pen and a rabbit run.

There is also a simple replica of a traditional men’s court—stools and logs arranged in a circle for men to discuss village business around a fire.

On a clay platform inside the hut are artefacts including a hatchet, a club, a spear, a sword, a bow and arrows next to a cowhide drum, shakers, the marimba and other traditional music instruments.

Shelves along the walls display plates and other kitchen utensils neatly arranged above a set of pots.

Munongi, known as “gogo” (grandmother) by visitors, is something of a celebrity in Zimbabwe after she gained a degree in sociology, gender and development studies in 2016 at the age of 78.

Next she hopes to host cultural events such as traditional marriage ceremonies where the groom’s representatives negotiate the bride price with her family.

“I would like to urge all young children to visit,” said Tafadzwa Mawire, 10.

“They have an opportunity to eat roasted maize, they will play traditional games and listen to folk stories told by a grandmother.”

Hundreds of children have already visited Munongi’s project and she hopes that it will become part of every young Harare resident’s education.

Her granddaughter Vimbai Gudza, a 23-year-old with a biochemistry degree, helps out at the project as she searches for a job in Zimbabwe, where the economy has been in the doldrums for 20 years.

“There are things I couldn’t do before that I now can do, for example pounding grain into flour with a pestle and mortar,” she said, demonstrating her new skills.

“As someone who grew up in town, participating in the activities at the village is a learning experience as well for me.”

Project assistant Chipo Mautsire, who grew up in the rural district of Masvingo, uses her experience to winnow grain.

“Having grown up in a village myself I know what village life is like,” Mautsire said.

“There are many things children of today don’t know about like the fact that a child should kneel when greeting elders.”

Munongi’s niece Viola Rupiza was awestruck when she arrived home from a 14-year stint in Britain and visited her aunt’s village-in-the-city.

“I was so impressed. The village is so real. It reminded me of our visits to the rural home. It was so nostalgic,” she said.