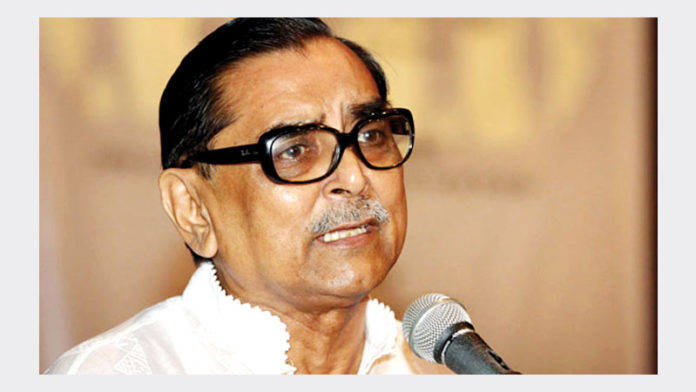 “For taking pragmatic measures, the so-called monga, poverty and job crisis like situation, which seen every year at the Bangla months of Ashwin and Kartik, has already disappeared from the region forever,” he said.

Menon made the comments while addressing a view-exchange meeting at the conference room of the Circuit House in Gaibandha this afternoon as the chief guest with the officials of Department of Social Services of Rangpur, Nilphamari, Kurigram, Lalmonirhat and Gaibandha districts.

“The number of the beneficiary had increased during the tenure of the government last 10 years,” he said, adding that the number was only three lakh in 1996 but it stood to 40 lakh in 2018.

The government took initiatives for the rehabilitation of Hizras and beggars in the society and the Hizras had been included as voters for the first time, the minister mentioned.

It is our duty to bring the backward people of the region under the mainstream of the development through providing them with need base services, he said.

Menon urged the officials to work dedicatedly and sincerely in a bid to build a happy and prosperous northern region through implementing social safety net programmes.

DD Abdur Razzak from Rangpur, DD Imam Hashim from Nilphamari, DD SM Jobaidul Islam from Kurigram and DD Mosarrof Hossain from Lalmonirhat districts and other officials participated in the meeting.