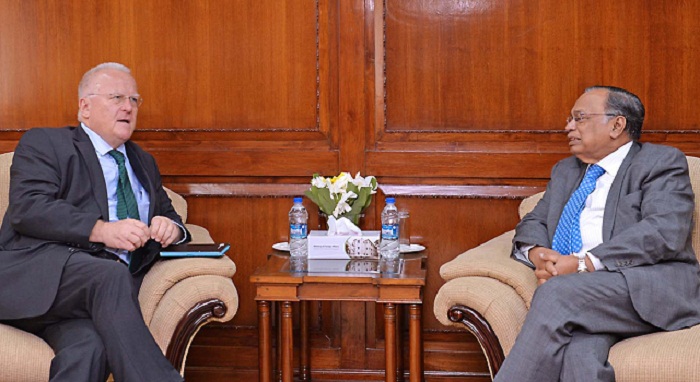 Fahrenholtz said this when he made his first courtesy call on Foreign Minister AH Mahmood Ali at the foreign ministry.

The ambassador further assured to extend continued political support, particularly within EU and the UN Security Council to resolve the Rohingya crisis.

During the meeting, the German envoy welcomed the proposed dialogue between the ruling party Awami League and the united opposition front and beyond, as an “important step forward”, a foreign ministry press released said.

He further expressed high confidence that “the elections will be very good and everybody will move forward.”

Ambassador Fahrenholtz highly acclaimed the ‘impressive development’ and ‘positive momentum’ that Bangladesh achieved in the recent past.

The foreign minister briefed the ambassador about Rohingya crisis, including recent developments that took place during the Joint Working Group meeting held in Dhaka on October 30, 2018.

Ali thanked Germany for both political and humanitarian support since beginning of the crisis.