US woman found alive 6 days after car lands on tree 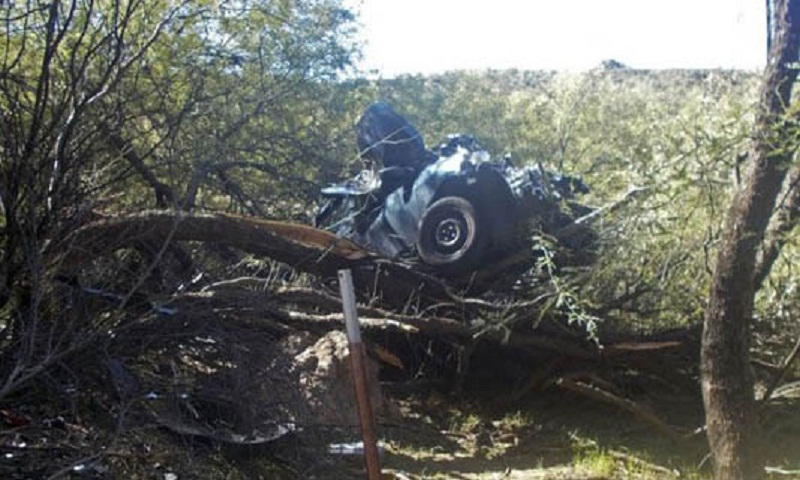 An American woman has been found alive six days after her car flew off a highway and landed on a mesquite tree in the state of Arizona, police said on Wednesday.

The 53-year-old woman was traveling on national route 60 near Wickenburg, about 50 miles (80 kilometers) north of Phoenix, when she lost control on October 12, the Arizona Department of Public Safety said in a news release.

She crashed through a highway railing and plunged 50 feet (17 meters) into the tree where the vehicle “remained suspended above the ground,” the state troopers said.

“There were no apparent witnesses to the crash and it would be six days before the woman would be discovered by authorities,” the troopers said.

On October 18, an Arizona highway maintenance crew and a rancher were trying to corral a stray cow when they noticed the broken fence and then the mangled vehicle still lodged in the tree, the troopers’ statement said.

A trooper, along with the maintenance crew and rancher, could not find anyone in the car but discovered “human tracks” leading towards a river bed.

After following the tracks for 500 yards (457 meters) the rescuers found the severely dehydrated woman with serious injuries, the statement said, without identifying her.

The woman told the trooper that she stayed inside her vehicle for “several days” before she climbed out and tried to walk towards railroad tracks in the hope she would be found. But she was too weak to make it.

The woman was taken by helicopter to hospital after her rescue.

“Due to their outstanding efforts, this woman’s life was saved,” he said in the statement.