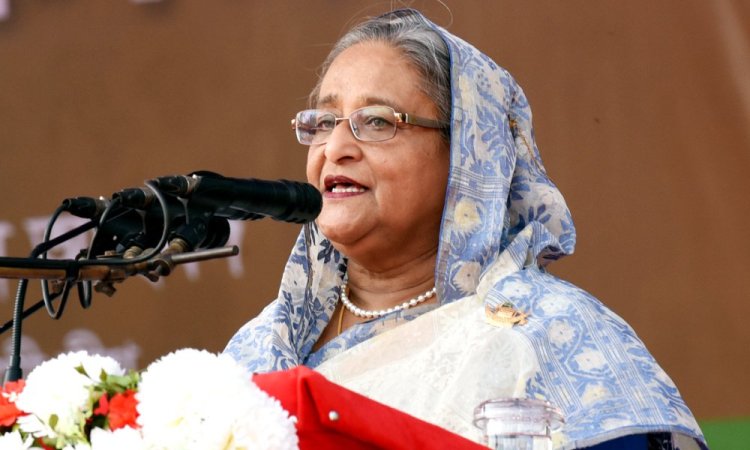 Prime Minister Sheikh Hasina on Saturday said the government has a master plan to develop the southern region of the country as it remained neglected.

"This region has been neglected so much…we’ve an aim to create huge jobs here. So, we’ve a master plan over this region," she said.

The Prime Minister was addressing a civic rally at 1300 MW Kolapara Power Plant are after opening a rehabilitation centre, 'Swapner Thikana', and newly constructed houses for the people affected in the project area.

Sheikh Hasina said a naval base and a cantonment are being constructed in this area where there will be an air base in the southern part of the country.

"We’ve chosen the southern part as this area always lags behind," she said.

Hasina mentioned that a place has been selected for setting up ship-building and recycling yards to accelerate employment and economic activities here.

The Prime Minister said the government is looking for another island in this area to construct the second nuclear power plant.

"We’re conducting a feasibility study. The people of the Atomic Energy Commission are looking for that. We’ll construct the second nuclear power plant in the Southern part of the country. We have that plan," she said.

On her arrival, Sheikh Hasina visited Payra Power Plant project and houses in the 'Swapner Thikana'.

She also distributed keys and registration papers among the rehabilitated 130 families.