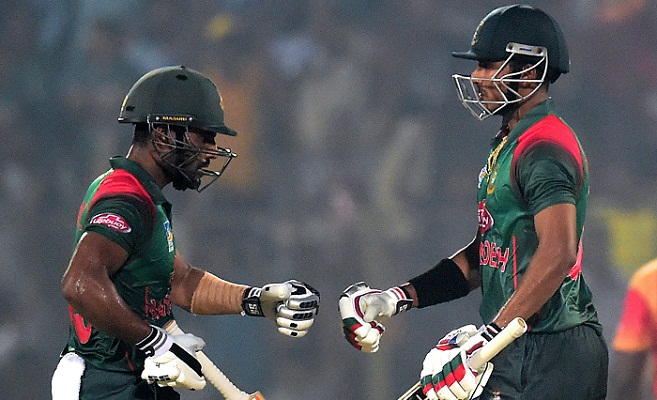 Touring Zimbabwe conceded 0-3 One Day International (ODI) series lose against host Bangladesh on Friday after defeated in last and final match by seven wickets at Zahur Ahmed Stadium in Chattogram.

Mushfiqur Rahim, wicket keeper-batsman hit the winning shot pulling over Sean Williams’s short delivery straightening around off to deep midwicket for six and took Bangladesh on 288.

Imrul and Soumya’s 220-run stand is the highest score for Tigers in second-wicket partnership.

After a long time Bangladesh cricket team showed a clinical performance. Today there was no middle-overs meltdown, no scraping through, just a thoroughly dominant performance without Tamim and Shakib.

Tigers lost Liton early, but then Imrul and Soumya settled in, they never looked back. They were relentless in their hitting, finding the boundary with effortless frequency and mowing the target down.

Zimbabwe had their own heroes in Sean Williams and Brendan Taylor, but it was nowhere enough to stop them getting overpowered by Bangladesh's batting might.