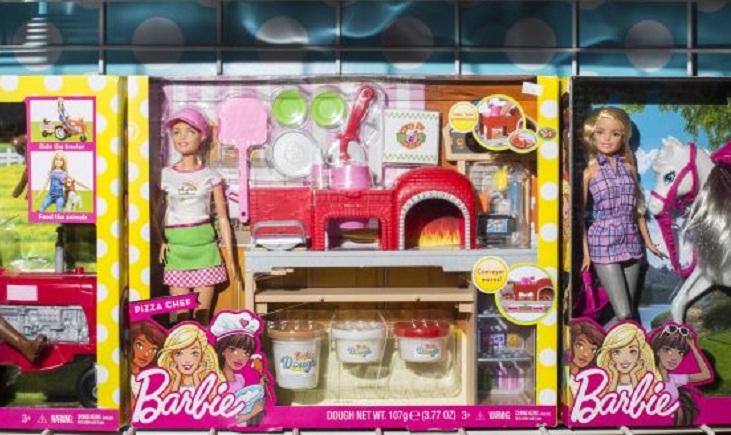 Mattel reported another drop in quarterly sales Wednesday due in part to weakness in China, but shares rose after the maker of Barbie dolls swung to a profit following cost-cutting initiatives.

Profit at the slumping toymaker was $6.3 million for the third quarter, compared to a loss of $603.3 million in the year-ago period.

Mattel Chief Executive Ynon Kreiz, who ascended to the top job in April, said a jump in operating profits after cost cuts showed the company was "on track with the execution of our strategy."

"We continued to make progress in reshaping our organization," he said.

The company, which in July announced plans to cut 2,200 jobs, is exploring ways to move to a more "capital-light" model of manufacturing and to create a new theatrical film division, Kreiz said.

Mattel's iconic Barbie line of dolls was by the far the best performer of the major franchises, notching a 14 percent rise in global sales compared with the year-ago period.

But other key products like Hot Wheels, Thomas & Friends and American Girl all saw sales declines.

Key factors behind the drop in sales included weakness in China and the hit from the Toys "R" Us store liquidation, the company said.