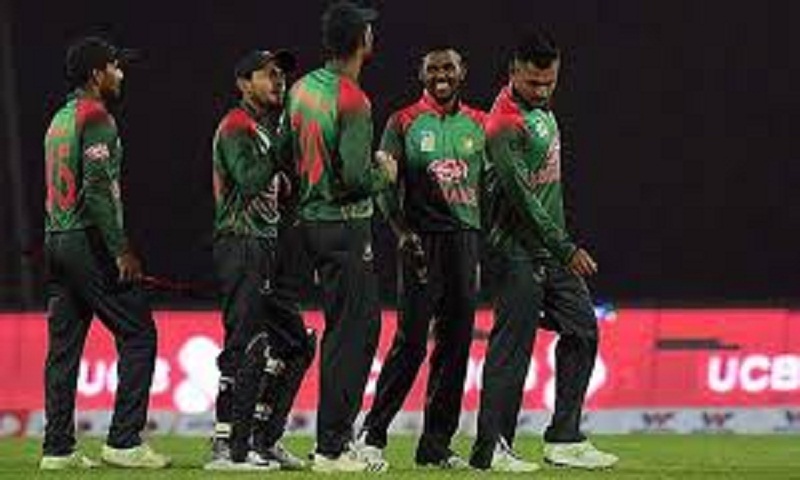 Bangladesh must seek to complete a clean sweep of visiting Zimbabwe when they will take on each other in the third game of the three-match ODI series at Zahur Ahmed Chowdhury Stadium in Chattogram on Friday.

The match will begin at 2:30 pm where favourite Bangladesh’s win will mean fourth clean sweep against Zimbabwe in their 16 series and also third successive clean sweep at home since 2014.

The Tigers have already clinched the current series 2-0 with a convincing a seven-wicket victory in the second match in Chattogram and a 28-run win in the first encounter in Dhaka.

Recent history is not in Zimbabwe's favour as they lost their last 10 ODIs in Bangladesh before the series and they have not won a game in this format since the ICC Men's Cricket World Cup Qualifier at Harare Sports Club in March 2018. They last won in the game against Ireland.

Imrul Kayes' form is one of the main reasons Bangladesh have wrapped up the series with a game to spare. Liton Kumar Das and Kayes have done so in emphatic fashion in the top-order in absence of Tamim Iqbal. Kayes is now needs 79 runs more to cross Tamim's 312 runs, the highest tally by a Bangladesh batsman in a three-match ODI series.

Kayes in particular has been in inspiring form, scoring 234 runs -- 144 and 90 -- across the first two games, while Liton’s 83 runs alongside a 148-run opening partnership with Kayes in the second ODI helped Bangladesh chase down Zimbabwe's total of 246 with ease.

In the first match, Kayes shared a game-winning partnership of 127 with Mohammad Saifuddin in the 7th wicket stand.

Bangladesh captain Mashrafe Bin Mortaza said, “We’ve discussed the importance of making full use of our chances [chance of extend the score]. Imrul [Kayes] and Liton [Kumar Das] missed their centuries [in the second match] and they regretted it. Such opportunities have to be created.”

If Imrul and Liton continue to play in this manner, it will become impossible to leave one of them out with Tamim’s return after full fitness.

Bangladesh have added Soumya Sarkar to their squad for the final ODI. Although normally an opener, there is a chance that he will come into the side at number seven. His medium pace-bowling would also be an asset.

But, Zimbabwean had shown signs of promise in their recent series against South Africa as they twice took early wickets to worry the hosts but it was their batting - they were bowled out for under 120 in the first two games of the series - that let them down.

Zimbabweans failed to capitalise on strong positions. They reduced Bangladesh to 139 for 6 in the first ODI, but then conceded a 127-run seventh wicket partnership. In the chase, they made a quick start and then slipped to 100 for 5 in the 26th over.

Brendon Taylor made 75 in the second game but got out just when they were picking up their run-rate around the 30th over. Sikandar Raza just missed his fifty, but his effort was thwarted by some excellent slog-overs bowling.

Sikandar Raza took all three wickets for Zimbabwe in the second match of the series while all others were unsuccessful.

“It was a series that we were targeting, and I thought we did have a good chance. We did get ourselves into great positions in both games, but we just haven't managed to pull through,” said Zimbabwe captain Hamilton Masakadza before the match day in Chattogram.

Including two in the current series, Bangladesh recorded 12 successive victories on the way to 43 wins in 71 ODIs against Zimbabwe.