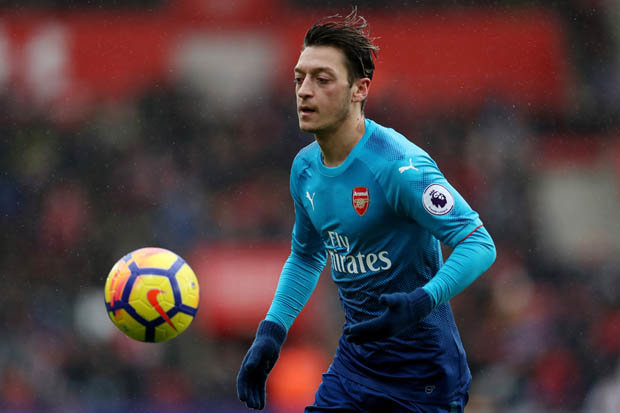 Arsenal midfielder Mesut Ozil has pledged his support for the German national team despite bitterness from both sides over his retirement from international football.

"I've always been supporting the DFB Team since my childhood and I've still many friends playing for the German national team," Ozil said in a Twitter Q&A session on the eve of Arsenal's Europa League clash with Sporting Lisbon.

Ozil was a key member of the Germany side that won the 2014 World Cup.

Ozil, born in Germany to Turkish parents, had been targeted with xenophobic comments and singled out for criticism by angry fans.

Months earlier the 30-year-old had courted controversy when he and Manchester City midfielder Ilkay Gundogan, who is also of Turkish descent, were pictured alongside Turkey's president Recep Tayyip Erdogan months before the finals.

At the time, Turkey were contesting the hosting of the Euro 2024 finals with Germany -- a race Germany eventually won.