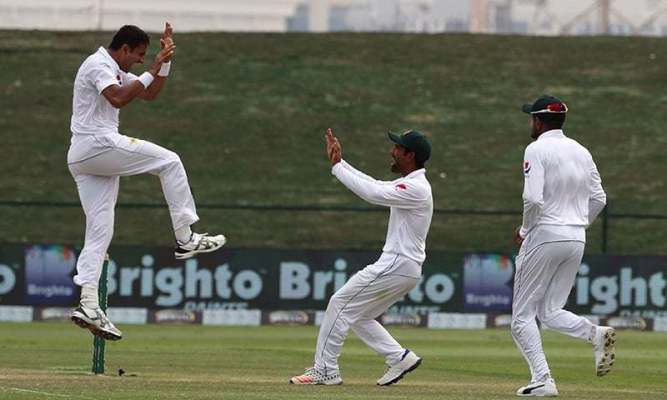 Pakistan beat Australia by 373 runs in the second and final Test on the fourth day in Abu Dhabi, taking the series 1-0 on Friday.

Australia, set a daunting 538-run target, were bowled out for 164 as Pakistan medium pacer Mohammad Abbas rocked them with figures of 5-62 at Sheikh Zayed Stadium.

Marnus Labuschagne top-scored with 43 while Travis Head made 36 and Aaron Finch 31.

The first Test ended in a draw in Dubai last week.