In terrifying video, woman trips and falls into shark tank at mall 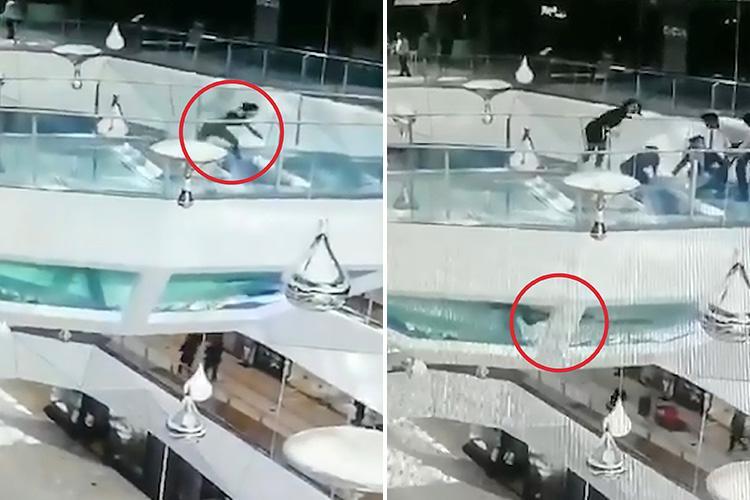 A terrifying video from China shows the moment a woman fell into a shark tank at a mall during feeding time. Thankfully, she was rescued quickly and without any injuries. The incident took place on October 15 at the Wuyue Plaza mall in Jiaxing, reports Independent.

Footage going viral on Chinese social media shows the woman running on a bridge over the shark tank. According to Independent, the woman - an employee of the mall -tripped and fell through the feeding hatch, which had been left open, as she rushed to a meeting.

The woman is seen swimming in the tank for a couple of minutes while two small lemon sharks circle her. She was rescued by security guards and bystanders who had witnessed the incident.

According to New York Post, a spokesperson for the mall was quoted as saying: "The gangway is off limits during feeding time but the employee was in a rush to get to a meeting."

"She was quickly rescued from the tank and did not suffer any injuries."

In June this year, an Instagram model who tried swimming with sharks regretted her decision quickly when a shark bit her arm.