Lukaku leads Belgium past Switzerland with a brace 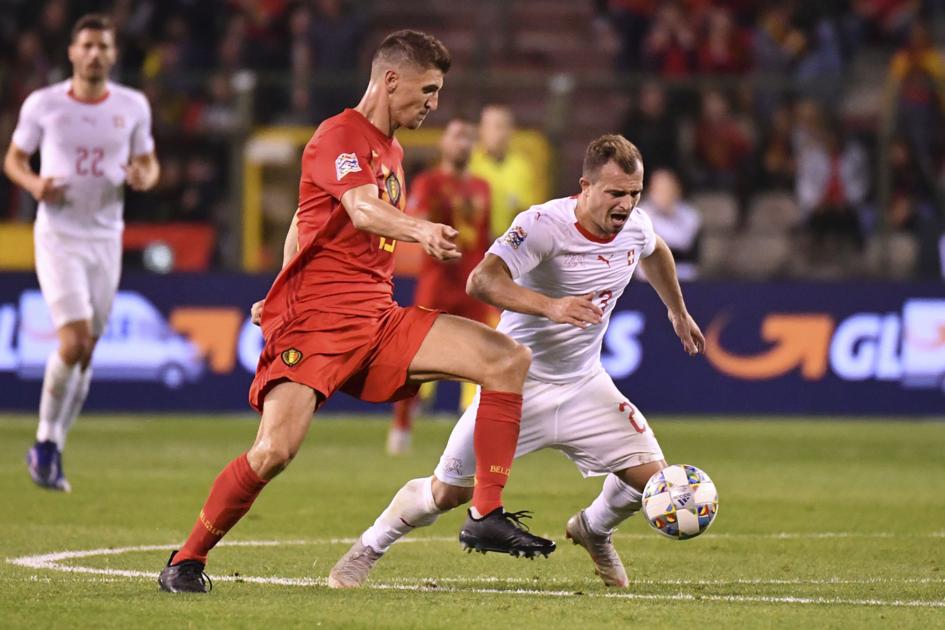 Romelu Lukaku scored both goals in Belgium's 2-1 win over Switzerland on Friday, putting the Red Devils in the lead of its group in the UEFA Nations League.

The Swiss defended strongly throughout the match, but Lukaku converted two chances of three to give top-ranked Belgium the victory.

The result left Belgium with six points from two games in Group 2 of the top-tier League A, three points more than Switzerland. Iceland lost its two matches.

After a smooth move started by Eden Hazard in the 58th minute, the ball ended up with the Manchester United striker and he hit home from about 12 meters (yards).

Switzerland proved resilient after conceding the goal. In the 76th, Xherdan Shaqiri curled a free kick into the box and substitute Mario Gavranovic easily slotted home from close range after the Belgian defense failed to clear.

It came down to Lukaku to break the deadlock with six minutes left. He kept a cool head in the box and finished low through the center for the decider.