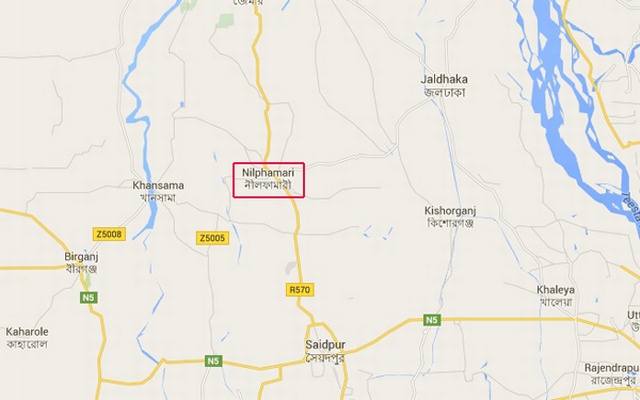 A woman and her five-year-old daughter were killed while another injured when a truck hit a rickshaw-van at Bhatiapara in Domar upazila on Wednesday night, UNB reports.

The deceased were identified as Nazma Begum, 30, wife of Rubel Islam of Cluster village and her daughter Rubina Akter.

The accident took place around 9 pm when a goods-laden truck hit a rickshaw van carrying Nazma, her father Nimanur and Rubina while they were returning to their home, leaving them dead on the spot and one injured, said Moksed Ali Bepari, officer-in-charge of Domar Police Station.

On information, police rushed here and recovered the bodies.