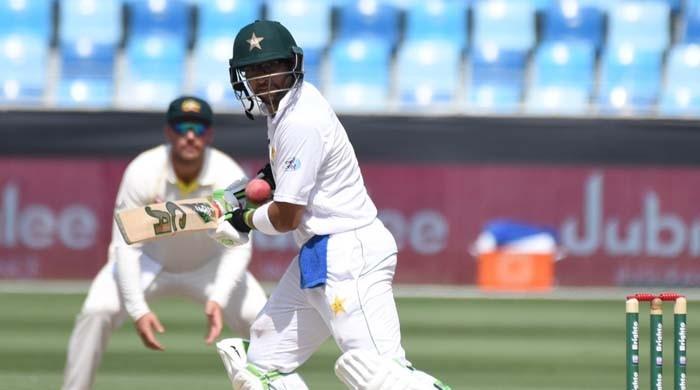 Pakistan has set Australia a huge 462-run target to win the first test after declaring its second innings at 181-6 on Wednesday on the fourth day.

Australia’s highest ever successful run chase to win a test match came in 1948 when it chased down 404 against England in Leeds.

Pakistan, which got a huge first innings lead of 280, declared half an hour after lunch when Asad Shafiq (41) holed out in the deep while going for quick runs.

Resuming on 45-3, Pakistan added a further 110 runs in the first session and took the total to 155-5 as the Australian spinners couldn’t stop the flow of runs.

Opener Imam-ul-Haq scored a fluent 48 and first innings century-maker Haris Sohail made 39 before both batsmen fell at the same total of 110.

Imam offered a return catch to left-arm spinner Jon Holland (3-83) and Sohail was trapped leg before wicket by Marnus Labuschagne.