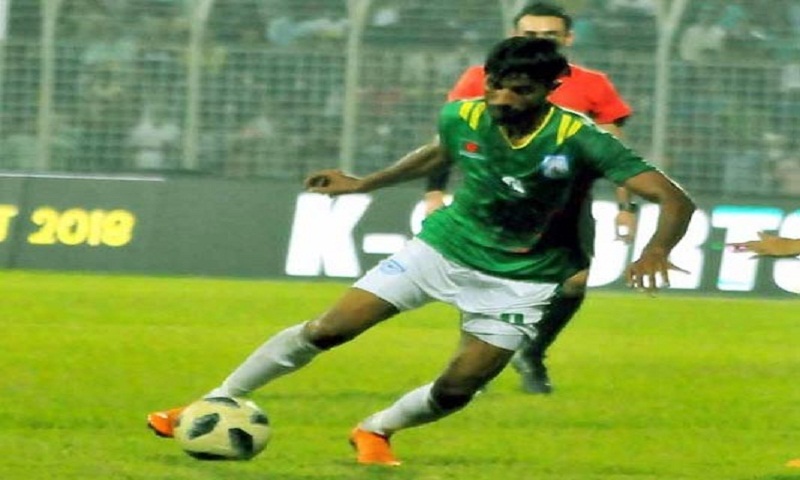 It will be an acid test for Bangladesh as they face the challenge of upper ranked Palestine in the second semi-final of the prestigious Bangabandhu International Gold Cup Football scheduled to be held today at Bir Shrestha Shahid Ruhul Amin Stadium here.

State-owned Bangladesh Television will telecast the match live that kicks off at 2.30 pm.

Prior to Bangladesh team’s practice session at local BGB ground, Bangladesh national football team’s head coach Jamie Day today said, “The boys are ready… We need a goal for win and hoped the boys will be able to do that. We know the match will be very tough for us but we played good football in last two matches and need to carry the consistency against Palestine.”

Commenting about (4-4-2 formation) the English-born Bangladesh head coach said: “Palestine is really strong team so we will have to tricky in the match …The big problem is that they have some well-shaped players who have been playing good football … We’ve to ensure our play by marking those players properly in the match. We’ll have to take attacking strategy against them to snatch a good result.”

Bangladesh skipper Jamal Bhuiyan tagged Palestine as favorite by saying: it’s a big match but it’s a home match for them and his boys are ready to give their best against Palestine and determined to snatch opportunity in any condition no matter the ground is slow and sloth.

Jamal said as their opponents have some well-shaped players so they would good to the field tomorrow keeping in mind to play attacking football.

“As all we know we’ll go to the field tomorrow while underdog against Palestine so there is nothing to loss and we’ll able to play pressure free match. We’ll change our attacking strategy by understanding the situation of the match,” said the Bangladesh skipper.

Jamal also criticizing their own performance in their last match against Philippines by saying that they are yet to capable of scoring goal as they missed three or four scoring chances which he is now considering a big problem for the team.

On the other hand, Palestine head coach Noureddine Ould Ali termed Bangladesh as favorite by saying the host is quite strong opponents having also good capability.

However, he said his boys would go to the field tomorrow for victory and have taken preparation as per accordingly. Earlier, Bangladesh finished group B runners-up when they beat Laos by 1-0 goal and suffered a solitary goal defeat to Philippines in their last group encounter.