BCB did not force Shakib to take part in Asia Cup: Nazmul Hasan 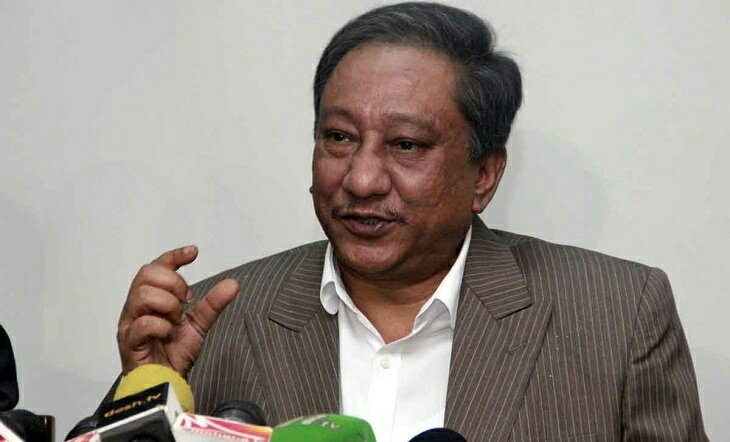 Bangladesh Cricket Board president Nazmul Hasan said on Tuesday (October 9) that the BCB did not force Shakib al Hasan to take part in the Asia Cup and is by no means responsible for his current state of affair.

"I asked him not take such a big risk," BCB president told reporters during an impromptu press conference at his residence. "[I told him to] go and talk to a doctor, then he said that the physician has told him that it won't be a problem. I asked him whether it can get worse by playing and he said no.

"Later I asked him talk to a doctor and decide. After I returned from Hajj I received a mail after four days where the coach informed me that Shakib will join [the squad] straight from America. That is the time when I came to know he will play,'' Hasan added.

Shakib's participation in the Asia Cup was shrouded in controversy in the lead up to the tournament. The all-rounder had expressed his desire to get his finger operated and give the tournament a miss but Nazmul Hasan was keen on Shakib participating, stating that "the Asia Cup is expected to be tough tournament and during that time if a player of Shakib's stature doesn't play, chances are high that the morale of the team might go down." Nazmul, however, back-tracked on his statement soon after, mentioning that the ball was entirely in the player's court.

Shakib, who went ahead and played in the Asia Cup, was forced to withdraw from the tournament ahead of the virtual semi-final against Pakistan, when the pain in his finger became unbearable thanks to the swelling. After an emergency procedure to remove pus from his injured finger on his return to Dhaka, an infection to Shakib's injured little finger has ruled the all-rounder out of action for at least three months.

Shakib will now have to wait another three weeks for surgery on the finger. The pus formed extended up to his left wrist, which was only spotted in Dhaka on Thursday, which in turn hindered predetermined proceedings.

There is a debate raging that if Nazmul did not insist on Shakib playing the Asia Cup, the all-rounder wouldn't have altered his desired plan of going under the knife immediately upon arrival from West Indies. There is also an allegation that although Bangladesh's physio Tihan Chandramohan sent Shakib's reports and X-rays to doctors in Australia and England, he himself couldn't identify the possibility of an infection, despite the swelling.

Nazmul said that it was hard to identify, especially in the aftermath of injections that Shakib took in West Indies to relieve the pain.

''It's a bit of mystery to all of us that his condition got into this stage because he did not get hurt while playing,'' said Nazmul Hasan. "I spoke with Debashish [BCB chief physician] and asked him that how can there be so much pus in one day. He told me that it was difficult to judge as he was infected inside and not outside.

"Maybe he took a pain killer injection in West Indies and that can have a side effect because steroid can play a part if there is any kind of infection. But it is all assumption and we are hoping to get the report soon when we will understand how it happened."