To truly fight climate change, we need to set our sights higher 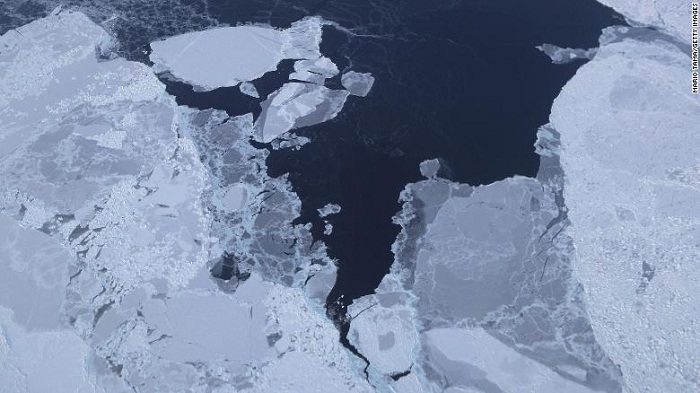 The catastrophic recent weather events in the United States, Asia and elsewhere have once again shown that the world is in the midst of a climate crisis of our own making. While countries like ours are on the front lines of the worst impacts to come, these events remind us that no country is immune.

Simply put, the commitments the world has made so far under the Paris Agreement to reduce the emissions of heat-trapping greenhouse gases are woefully inadequate. And we are out of time. If we do not increase these commitments by 2020 as the agreement requires us to do, the potential impacts will be devastating, and they threaten the lives, homes and livelihoods of people in countries like ours.

We must act, and we must make the world understand its responsibility to act.

That is why, together, Fiji and the Marshall Islands, as members of the High Ambition Coalition, which came together in the Paris negotiations, are committed to continuing to lead the world by example. At this year's UN General Assembly, we were among the first to announce that we will deliver stronger new targets to reduce emissions, and have, or are in the process of developing, long-term decarbonization plans.

Last Monday, the Marshall Islands published one of the most ambitious plans to decarbonize an economy, pledging to reach net-zero emissions by midcentury, and to implement short-term plans consistent with that long-term vision. This makes sense for our economy and our environment, as well as for our people and our planet. We will do this by transforming our electricity, waste and transportation sectors, and putting a big new focus on adaptation, for which we will be heavily reliant on securing additional international public finance.

Similarly, Fiji is committing to delivering an enhanced emissions-reduction target by next year. To achieve this, we are engaging all sectors of the economy to prepare a comprehensive long-term 2050 decarbonization strategy to achieve net-zero emissions. This process will inform the preparation of our new national target. We are examining extra reductions from our transport, maritime, agriculture and forestry sectors. This is in addition to our existing commitment to produce 100% of our electricity from renewables by 2030.

But governments alone cannot combat climate change. The enormity of the challenge defies simple government solutions. It will take conscious effort at every level -- in every community, every business, every institution and every home. It will, indeed, require all of us, working toward one noble, and ultimately self-interested, objective to preserve the quality of life as we know it on planet Earth.

We are pleased to see that many sub-national governments -- the world's cities, counties, states, and regions -- are taking up the mantle of leadership, and in some cases are ahead of their national governments in their efforts and their stated commitments. Climate action and leadership, wherever it arises, needs to be embraced. That is why we are encouraged that the vast majority of the private sector and civil society is energetically embracing the need to reduce carbon emissions and waste of all kinds. This kind of commitment should serve to strengthen the resolve and the ability of governments to raise their own targets.

There is a robust process in place to do so -- through the UN Convention on Climate Change. This year's meeting in Poland in December will be marked by the Talanoa Dialogue, based on the concept of an open, honest and respectful process of dialogue used in the Pacific. The idea of Talanoa is to bring the best ideas for how to tackle this threat to the surface and share them.

We need this process of collective effort now more than ever. The nations of the world will need to bring solutions -- in the form of strengthened targets and long-term decarbonization plans by 2020. That is the deadline agreed to in Paris to increase our short-term actions in order to keep temperatures within the safe limits established by that very agreement.

To achieve the goals of the Paris Agreement, we need to chart a clear path forward. This path goes from the groundswell of climate action we witnessed at California Gov. Jerry Brown's Global Climate Action Summit last month, through Climate Week and the One Planet Summit in New York last week, through to the Virtual Summit of the Climate Vulnerable Forum in November, to the Talanoa Dialogue at COP24, and from there into 2019 and the UN Secretary-General's Climate Summit. This is the path forward, and if we all walk it together, we can reach our destination.

Fiji and the Marshall Islands are leading by example. We are moving forward and we call on all other countries to follow our lead. We believe that if two developing countries can develop robust emissions-reduction targets that truly drive us toward the goals we agreed to in Paris, then other nations can, too -- including the almost 30 countries that signed a Declaration for Ambition in June, and which we call on other countries to now join.

When we talk about combating climate change, we always talk about the need to raise ambition. That is what we have done. Every country must now join us.