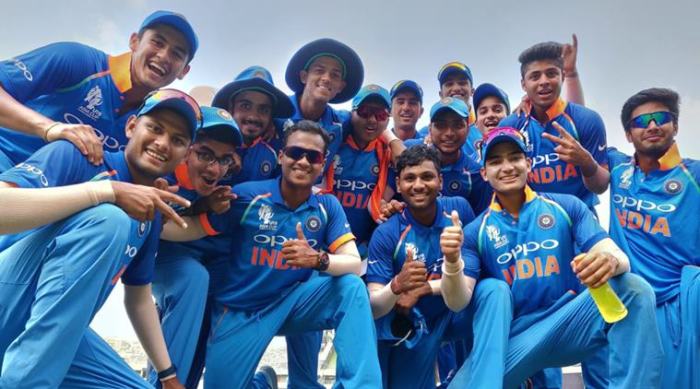 India claimed their sixth Asian Cricket Council Under-19 Asia Cup title in dominating fashion after completing a crushing 144-run win over Sri Lanka in the final on Sunday at Sher-e-Bangla National Cricket Stadium in Mirpur.

India batted first and accumulated 304 runs losing three wickets. It was unusual that there was no centurion in this huge first innings score. His opening partner Anuj Rawat (57) later paired up with Captain Simran Singh (65) and Ayush Badini (52) to post the humungous target for Sri Lanka to chase. They enjoyed themselves as India plundered with 14 sixes and 18 fours during the innings.

Sri Lanka in their response, never looked like getting close to the target and were all out for 160 runs in 38.4 overs, with opener Nishan Madushka making 49 runs and Navod Paranavithana adding 48 runs, providing the only serious resistance.

The chances of a successful Sri Lanka chase were always slim but when Harsh Tyagi-led high-intensity Indian spin-attack came into action claiming six wickets for 38 runs, the game was all but lost.

Lankans lost their captain Nipun Dananjaya (12) early. Later, Pasindu Sooriyabandara (31), partnered up with opener Nishan Madushka (49) in the second wicket to put up 46 runs, but, once both of them were out softly to the hero Harsh Tyagi, the game slipped out of Sri Lanka’s grasps. Kalana Perera, Nuwanidu Fernando (4), Dulith Wellalage (7), Nipun Malinga (0), Sandun Mendis (1) all followed the procession cheaply.

Harsh Tyagi was adjudged the player of the match for his brilliant bowling.

Earlier Indian captain Simran’s decision to bat first after winning the toss was justified by Yashasvi Jaiswal who, with the company of Anuj Rawat, gave India a confident start of 121.

The left hand batsman Jaiswal smashed eight fours and one six in his 113-ball 85, his second half-century of the tournament.

India were strongly placed at 194-3 in the 41th over before skipper Simran and Badoni provided the flurry as India were able to add 100 in their last 10 overs with both Sriman and Badini posting unbeaten half century in quick time.

Captain Simran hit a 37-ball 65 with three fours and four sixes while Badini clubbed five sixes in his 28-ball blitz in the closing overs to help his team cross the 300-mark and gave the innings much-needed impetus during an unbroken 110-run fourth wicket stand.

Sri Lanka used seven bowlers but failed to stem the runs as Indian batsmen batted comfortably against both pace and spin.

Jaiswal looked in good form from the beginning, firmly driving and cutting to find various parts of the boundary. He outscored Anuj Rawat during their big stand with his exciting stroke-making.