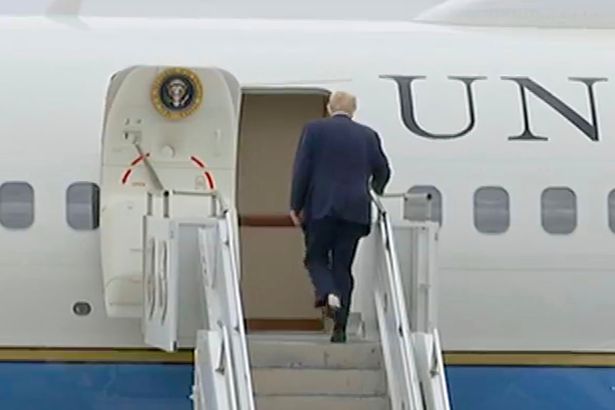 US President Donald Trump boarded Air Force One on Thursday with a piece of toilet paper stuck to his left shoe. Videos going viral show Mr Trump at the Minneapolis-Saint Paul International Airport, walking up the steps to the aircraft with a piece of paper stuck to his left shoe. While it is not clear whether the paper is actually toilet paper, it does seem to be the explanation that the Internet is most willing to accept.

Cameras captured the hilarious moment an oblivious Mr Trump walked up the steps with the paper trailing behind him. As he turns around to wave upon entering the aircraft, the paper gets dislodged

Since being shared online, various versions of the video have together collected millions of views.

The US President certainly does not seem to have a good history with boarding aircrafts. Back in February, a video of his hair getting blown apart by the wind as he boarded a plane had gone viral.