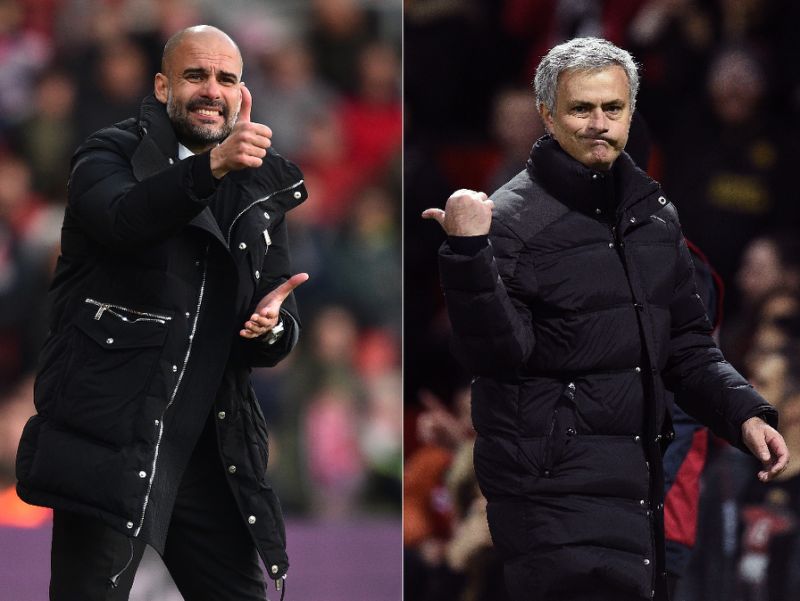 Liverpool will be banking on the Anfield factor to propel them to victory against Manchester City this weekend as Jose Mourinho desperately tries to stop the rot at Manchester United.

Despite becoming a major force in recent years, City have a miserable record at Liverpool, where they have not won in the Premier League since 2003.

Chelsea, in third place, will attempt to stay on the coat-tails of the top two away at Southampton while fourth-placed Tottenham host Cardiff.

Mourinho is desperate for something to go his way as Manchester United's season threatens to unravel but at least has the comfort of facing struggling Newcastle.

Liverpool versus Manchester City on Sunday (Oct 7) is the blockbuster fixture this weekend, pitching first against second, with both sides putting their unbeaten records on the line.

City lead Liverpool on goal difference but are without a Premier League win at fortress Anfield for 15 years and travel with the painful memory of three defeats against the Reds last season.

Jurgen Klopp's men are stuttering for the first time this campaign - Wednesday's last-gasp defeat to Napoli was their third match in succession without a victory.

City boss Pep Guardiola said he believed in his players despite the daunting task ahead of them.

"I know how they fight," he said. "Go to Anfield, win, lose, whatever. It's a long time ago Man City was able to win at Anfield. What I want to see is the team alive, and we are alive."

Eden Hazard has scored six goals in his past five Premier League games but his form has papered over the cracks at Stamford Bridge, with Olivier Giroud looking toothless in front of goal and Alvaro Morata also enduring a goal drought until Thursday's 1-0 Europa League win over Vidi.

Coach Maurizio Sarri, who has talked up Hazard as one of the best players in the world, is nevertheless dangerously reliant on the Belgian playmaker, who scored Chelsea's goal against Liverpool in last week's 1-1 draw.

This Sunday, the Blues visit struggling Southampton, lifted by their midweek League Cup victory on penalties against Everton, with French World Cup winner Giroud looking to break his duck this season.

Tottenham return to Premier League action after their Champions League hopes were severely dented by an inspired Lionel Messi in midweek.

Mauricio Pochettino's men are in fourth spot on 15 points, just four behind Manchester City and Liverpool, and will fancy their chances at Wembley against lowly Cardiff.

Pochettino has spoken about how only winning the Premier League or Champions League will take the club to a different level and has not given up on the prospect of European success this season, but he knows the domestic title is a more realistic prospect.

WILL MOURINHO MIX IT UP?

Mourinho's midfield Nemanja Matic, Paul Pogba and Marouane Fellaini are a formidable unit and well-suited for a physical battle.

But the under-fire manager might be tempted to pick somebody to pick the lock against Newcastle, perhaps turning to the likes of Juan Mata or one of his other creative link men.

Fellaini said the whole dressing room is behind Mourinho but there is a growing sense the Portuguese boss is on borrowed time.

Arsenal goalkeeper Bernd Leno will get his chance against Fulham to show why the Gunners paid around £19 million (US$25 million) to sign him, with Petr Cech facing a spell on the sidelines after a hamstring injury.

The German goalkeeper, 26, will be in the Premier League starting line-up for the first time for Arsenal, who are on an impressive run of eight straight wins in all competitions.

With 36-year-old Cech in the twilight of his career, this could be a major chance for Leno to secure the number one spot for the long-term.