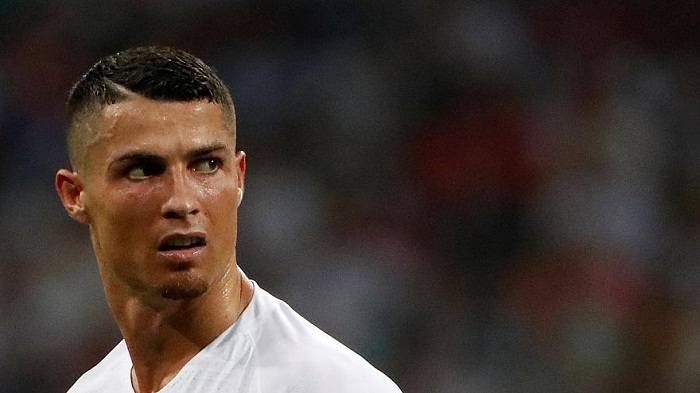 Cristiano Ronaldo has been left out of Portugal's national squad for a series of upcoming matches, as the football star faces a lawsuit over an alleged rape in the United States.

The Portuguese captain will miss his team's second game in the UEFA Nations League against Poland on October 11 and a friendly match in Glasgow against Scotland three days later.

Portugal coach Fernando Santos said on Thursday Ronaldo also will not be called up for the next round of international games in November.

Santos said the decision was taken after a three-way conversation between him, Ronaldo and the head of the Portuguese football federation.

"We agreed the player wouldn't be available, wouldn't be an option for selection," Santos said. "For the next two squad selections, this one and the one next month, Ronaldo won't be with us."

Santos refused to give details of the conversation, nor would he comment on Ronaldo's state of mind, saying the information was private and personal.

The omission comes as the Juventus forward fights off allegations of rape by former model Kathryn Mayorga, who says Ronaldo assaulted her in Las Vegas in 2009.

Police in Las Vegas said the case was reopened last month after the unidentified victim came forward with new information. The lawsuit seeks unspecified damages of at least $200,000.

"I firmly deny the accusations being issued against me. Rape is an abominable crime that goes against everything that I am and believe in. Keen as I may be to clear my name, I refuse to feed the media spectacle created by people seeking to promote themselves at my expense," he said on Twitter.

"My clear conscience will thereby allow me to await with tranquility the results of any and all investigations," he said in a second Twitter post.

The civil lawsuit filed in state court in Las Vegas alleges Ronaldo raped Mayorga, who was then 24, in his penthouse suite at a Las Vegas hotel and hired a team of what the document called "fixers" to shape a monetary settlement, obstruct a police criminal investigation and trick Mayorga into taking $375,000 to keep quiet.

Ronaldo transferred to Italian club Juventus this summer from Real Madrid at a reported fee of $117m.

Santos had excused the 33-year-old athlete from Portugal's first two post-World Cup matches, against Croatia and Italy last month, to allow him to settle at his new club.

At the FIFA World Cup in Russia earlier in June, Ronaldo led his side to the round of 16 before losing to Uruguay.

Serving a one-match suspension over a red card, the five-time world footballer of the year watched from the stands as his club team edged out Swiss side Young Boys in the European Champions League group game in Turin on Tuesday.

The star forward is expected to be in action for Juventus' next Serie A game against Udinese on Saturday.