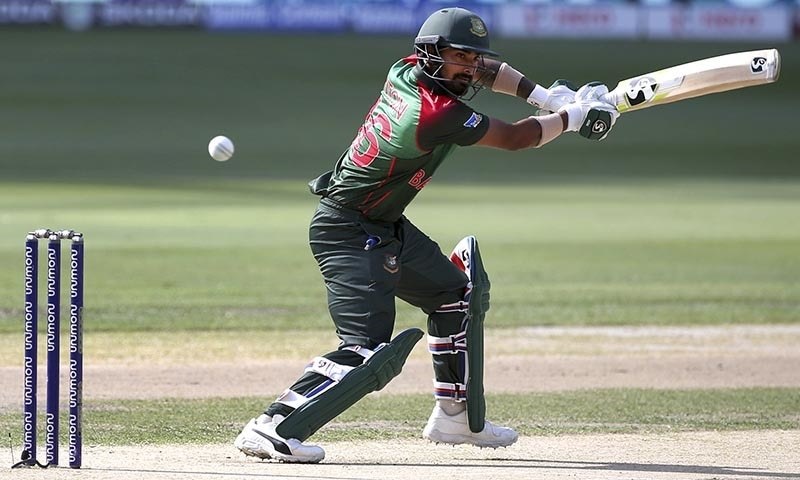 Bangladesh are 196-7 after 43 overs against India in the final of the Asia Cup 2018 being played at the Dubai International Cricket Stadium.

Mehidy Hasan and Liton Das opened the innings for Bangladesh, whereas Bhuveshwar Kumar and Jasprit Bumrah shared the new ball for India.

While the Indian pace pair's opening spells had almost always troubled opposing pairs in the tournament, Hasan and Das had few such problems.

Das, in particular, seemed in fine nick, smacking Kumar for back-to-back boundaries in the 4th over, which forced Indian captain Rohit Sharma to introduced spin earlier than he'd have liked.

By the end of 5 overs, Bangladesh were 33-0 and looking quite comfortable.

Das went after Yuzvendra Chahal in the 8th over, launching him for two maximums and accelerate the scoring.The usually reliable Bumrah was also struggling against the Bangla basher; he was hit for a four in the 9th.

With Das on a roll, Hasan did the right thing by playing the facilitator rather than attempting to replicate what his partner was doing so well on the other hand.

Following a brief lull, Das struck Jadeja for a 4 to open the 12 over — bowled by Ravindra Jadeja — before being dropped by Chahal two balls later.

Hasan drove Kuldeep Yadav for a four in the 15th, at the end of which the scoreboard read 86-0.

Das edged one to the third-man boundary to bring up Bangladesh's 100 in the 18th over, following which the teams took a drinks break.

Das played two fantastic sweep shots in the 20th over bowled by Jadeja and entered his 80s but the next over saw his opening partner Hasan depart as Indian finally found the elusive breakthrough.

Imrul Kayes walked in to join Das but his stay at the crease didn't last long as Chahal trapped him in front of the wickets in the 24th over. Kayes took the review but the umpire's call was upheld.

At the halfway mark, Bangladesh were 133-2, reeling from the twin setbacks but still confident of posting a sizable total.

However, their optimism flailed some more in the 27th and 28th minute when the in-form Musfiqur Rahim and Mohammad Mithun both departed to leave their side reeling.

Das brought up his maiden ODI century in the 29th over but the job was far from done; his side needed him to carry the bat.

The burden to carry on increased on Das some more in the 33rd over when Bangladesh lost their fifth wicket, this time Mahmudullah the one to depart.

Das and Soumya Sarkar plugged the leak and batted responsibly for the next seven overs, taking the score to 178-5 at the end of 40 overs.

The centurion's brilliant 121-run innings (off 117 balls) finally came to an end in the 41st over when he was stumped out by Yadav.

The decision was referred to the third umpire, who ruled in the bowler's favour despite there being considerable visual evidence to give the benefit of the doubt to Das.