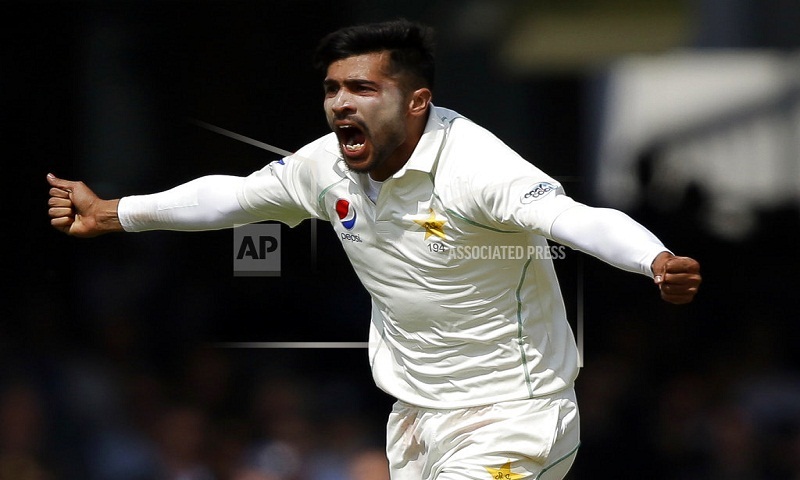 Pakistan has dropped fast bowler Mohammad Amir while wicketkeeper-batsman Mohammad Rizwan is recalled for next month's test series against Australia in the United Arab Emirates.

"The team has been selected keeping in mind the conditions of the UAE," chief selector Inzamam-ul-Haq said on Thursday.

Left-arm paceman Amir has taken 56 wickets in 19 tests since returning in 2016 from a five-year spot-fixing ban.

Rizwan has played just one test — against New Zealand in 2016 — but is in as backup for captain Sarfraz Ahmed.

The selectors have recalled left-arm fast bowler Wahab Riaz after he was dropped for this year's one-off test against Ireland and then ignored for the series in England.

Left-arm seamer Mir Hamza was the only uncapped player named. He has taken 278 wickets in 56 first-class matches.

Leg-spinners Yasir Shah and Shadab Khan were also included in the 17-strong squad, with the wickets likely to turn in the UAE.

The two-test series begins on Oct. 7 in Dubai, with Abu Dhabi hosting the second match from Oct. 16.

The test series will be followed by three Twenty20 matches.