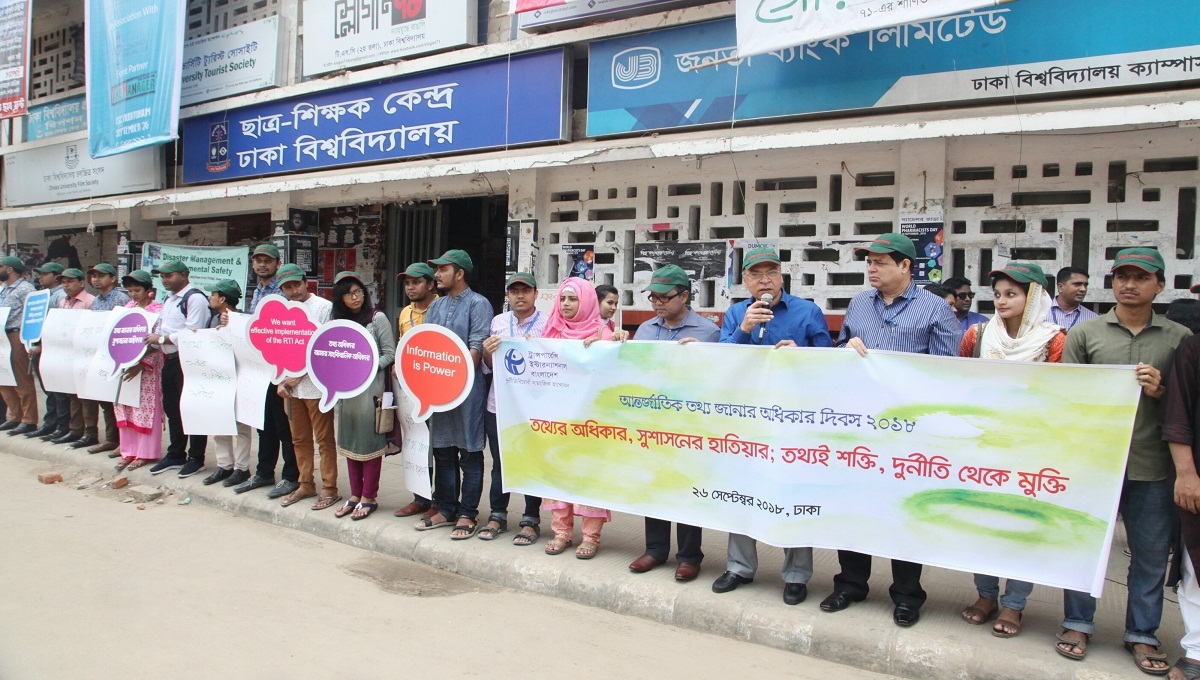 Expressing deep concern over the passage of the Digital Security Bill 2018, Transparency International Bangladesh (TIB) on Wednesday demanded that the government bring change to its ‘controversial’ sections.

“We’re very disappointed at the passage of the Digital Security Bill in Parliament. However, we hope that the President won’t assent to the bill and instead send back it to the House to reconsider the controversial sections,” said TIB Executive Director Dr Iftekharuzzaman.

He further said, “We aren’t opposing the act, but we’re just demanding amending some sections. It’ll jeopardise not only the free expression of opinions but also practice of basic human rights of both the media people and mass people. Investigative journalism will also be hampered due to the law.”

The TIB chief came up with comments while addressing a human chain organised in front of the Teacher-Student Centre (TSC) of Dhaka University to mark the International Right to Know Day that falls on Friday.

He expressed the hope that the government will take steps to reconsider the controversial sections of the act.

TIB Director (Finance and Administration) Abdul Ahad and Director (Outreach and Communication) Sheikh Manjur-E-Alam were, among others, present at the human chain.