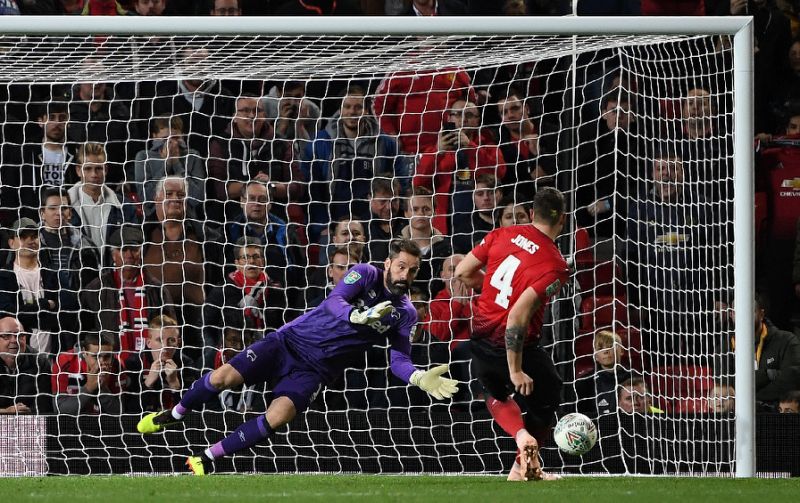 Derby County beat Manchester United 8-7 in a dramatic penalty shootout to settle a pulsating Carabao Cup tie at Old Trafford and send the Championship club through to the fourth round.

In an incident-packed tie, United took the lead through Juan Mata's first goal in nine months before Harry Wilson - on loan from Liverpool - equalised with a brilliant dipping free-kick from 30 yards.

United keeper Sergio Romero, making his first appearance of the season, was sent off for handball before Jack Marriott's header put Derby 2-1 ahead.

The hosts needed a 95th-minute header from substitute Marouane Fellaini to send the match to penalties.

Lampard, who played under United boss Jose Mourinho at Chelsea, celebrated with his players on the pitch in front of 3,000 travelling fans after knocking the five-time winners out.