Court scraps bail of one in Zia charitable graft case 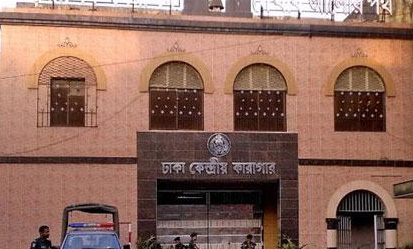 Judge Md Akhteruzzaman of the Special Judge Court-5 passed the order as Munna along with Monirul Islam Khan, another accused in the case, expressed no-confidence on the court.

“Munna, former personal secretary of BNP chairperson Begum Khaleda Zia’s political secretary Haris Chowdhury, today pleaded to adjourn the hearing. As the court turned down his plea, Munna expressed no-confidence on the court. The court then scrapped bail of Munna, who was on temporary bail, and sent him to jail,” Anti-Corruption Commission (ACC) counsel Mosharraf Hossain Kazal informed, reports BSS.

Earlier on September 20, the court had ordered that the hearing of the case will go on in the absence of Khaleda Zia, who refused to appear before the court on numerous times on health ground. The ACC filed the case with capital’s Tejgaon Police Station on August 8, 2010, for embezzling Taka 3.15 crore. Police on January 16, 2012, filed charge sheet against four including the BNP chief.

Court framed charges against Khaleda and others in the case on March 19, 2014.