Snake finds itself in a tough spot, gets rescued 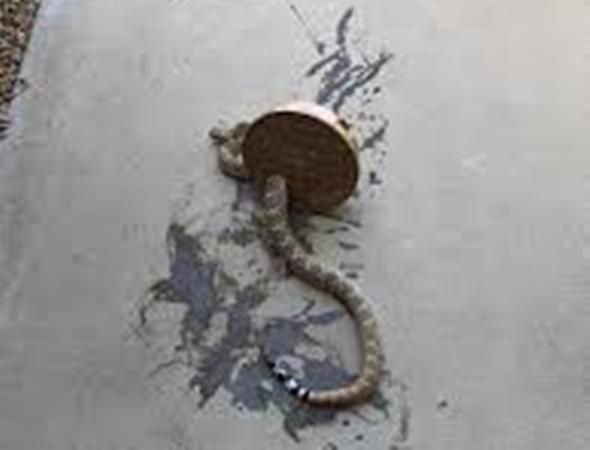 Most snake stories would leave people scared or creeped out. This one may actually bring a smile on people's faces. A rattlesnake in Arizona, US, found itself in a tough spot. Pictures shared online show the reptile stuck in a sprinkler cover. Thankfully, a bunch of people came along to help the little guy and freed him.

Pictures posted on Facebook by Phoenix Herpetological Society, non-profit organisation, show the snake stuck in the sprinkler cover. According to the post shared along with the pictures, the rescuers from the non-profit first used oil to free the snake from the cover. However, their attempt didn't quite yield the result they expected.

Eventually, the snake was taken to the non-profit so more people could help free it. "After about 20 minutes of careful maneuvering to not rip his skin/scales, this Diamondback was free," says the post.

That's not all. After the snake was freed, the team also gave it a "complementary" bubble bath. It was later released back in the wild.

"I can't imagine giving a Diamondback rattlesnake a bath! Good job you guys!" says one Facebook user. "I love heartwarming stories like this!" says another.