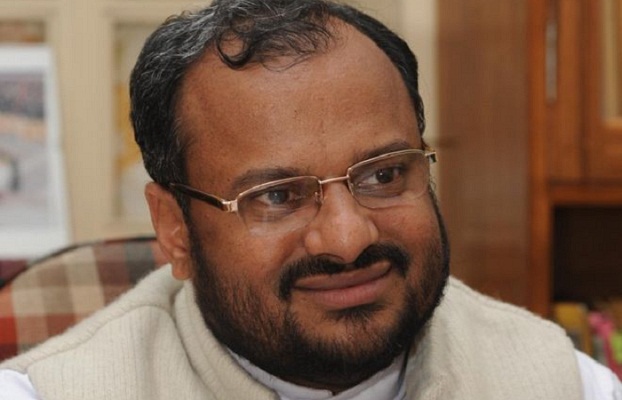 A bishop has been arrested in the southern Indian state of Kerala over allegations that he raped a nun 13 times between 2014 and 2016.

The 44-year-old woman registered a police complaint in June, alleging that the Catholic Church had taken no action despite repeated appeals.

It led to unprecedented protests by nuns who came out in support of her.

The case has shocked what is one of India's oldest Christian communities and attracted national attention.

The bishop, 54-year-old Franco Mulakkal, was arrested on Friday after being questioned by police for three days, a senior police official speaking on condition of anonymity told BBC Hindi's Imran Qureshi.

Bishop Mulakkal, who denies the accusations, will be brought to court on Saturday.

The Vatican temporarily relieved him of his duties on Thursday.

Mr Mulakkal is the bishop of a diocese in Jalandhar in the northern state of Punjab. And the nun who has accused him belongs to the Missionaries of Jesus, a congregation in Kerala that is part of the Jalandhar diocese.

She alleged that the assaults happened when he visited the convent where she lived in the city of Kottayam, in Kerala.

She has not spoken to the media but she petitioned the Vatican and wrote an open letter to the Pope's representative in the Indian capital of Delhi earlier this month. She claimed that this was the fourth letter she had addressed to the Vatican.

"We experience neglect from every side. We feel the Catholic Church is having concern only for the bishops and priests. We would like to know if there is any provision in the Canon Law for justice for nuns and women,'' she wrote.

The nuns who held protests for two weeks to demand the bishop's arrest welcomed Friday's news.

"We have won the first round of our struggle," Sister Anupama, who led demonstrations near the Kerala High Court, told the BBC.

"Our struggle is for many such sisters suffering in silence, and we will continue our campaign until all our sisters get justice."

Christians are a tiny minority in India - less than 3% of the population. But in the southern coastal state of Kerala, they make up around 20%.

Christians have lived and worshipped in Kerala for some 2,000 years. Kranganor, on the coast of Kerala, is the cradle of Christianity in India where according to legend, St Thomas, or Doubting Thomas - one of the 12 apostles of Jesus - first came ashore in AD52.

All Kerala Christians who trace their ancestry to these times call themselves Syrian Christians. Some have become Catholic or Protestant in their outlook, while others are Orthodox.