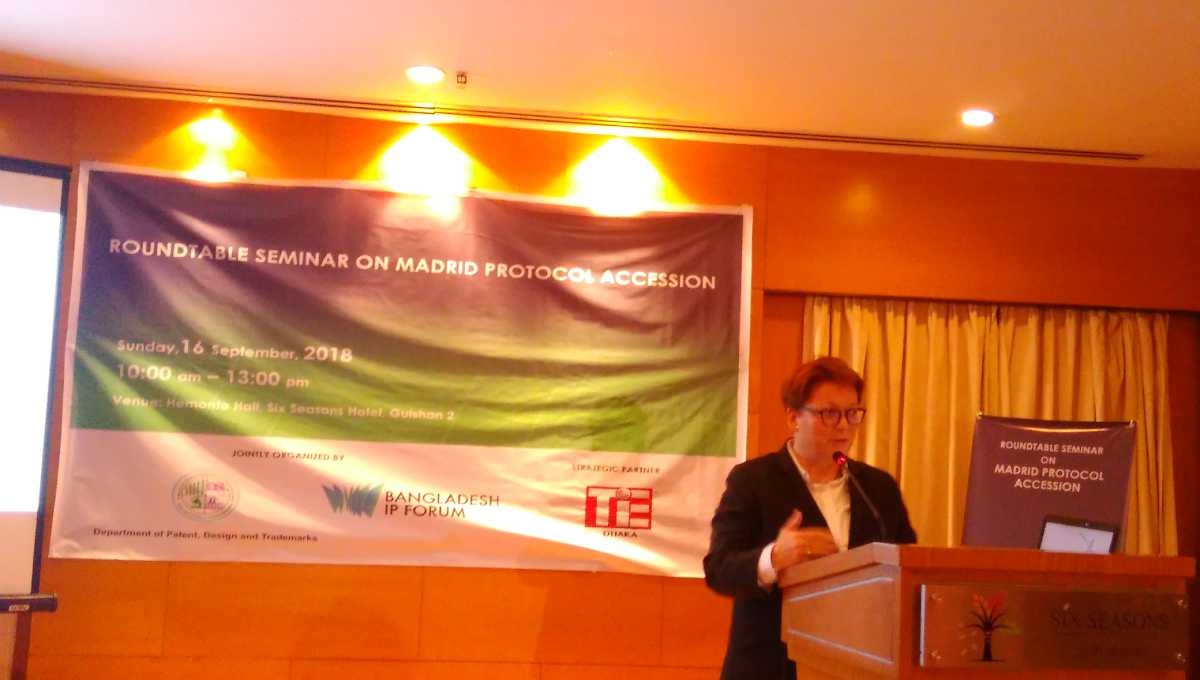 Experts at a city programme on Sunday stressed on increasing awareness about the intellectual property (IP) and asked for government step in adopting the Madrid Protocol for flourishing of country’s business worldwide.

They were addressing a round table discussion at a city hotel on ‘Madrid Protocol Accession’ this morning.

The experts said Bangladesh’s national IP policy needs to be upgraded where the technological intellectual properties such as software and other innovation can get recognition as IP.

They also put emphasis on adopting the Madrid Protocol for international business expansion.

Madrid Protocol is a protocol of registering the trademarks internationally according to the Madrid Agreement- 1989 which allows a trademark owner to seek registration in any of the countries which are the members of the protocol.

Currently Madrid Protocol has 101 members covering 117 countries and if Bangladesh signs it, the country will enjoy the privilege to get protection of its trademarks in international business arena as well as to get low trademark registration cost in exporting goods.

Showing the other countries’ positive changes in international business and export, the Madrid Protocol Legal Division’s Director Debbie Roenning said if Bangladesh can enter in Madrid Protocol, its business would see a significant increase in export and business as well as would get more foreign investment too.

She also said “Bangladesh also has a target to achieve Vision 2021 and the entry in Madrid Protocol will help the country to do more export, a target of the vision.”

Mohammad Sanowar Hossain, Registrar, Department of Patents, Designs and Trademarks (DPDT) told UNB that they have started to create awareness among the relevant stakeholders including the private sectors and working to sensitise the government about the importance to get enter into the Madrid Protocol.

He also said “After entering in the protocol in 2013, India, witnessed significant increase of foreign investment in their country and we also want to see positive change in our economy too.”

Several delegates from different private organisations participated in the discussion.