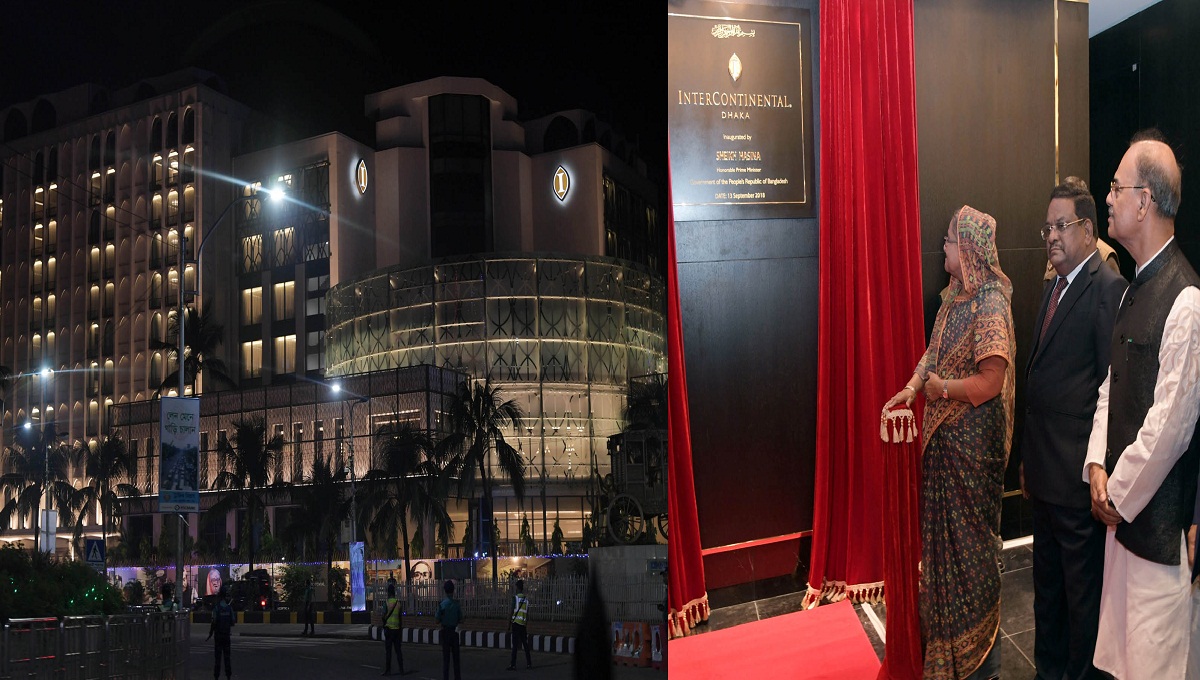 Bangladesh Services Limited, a state-run company, renovated the hotel spending Tk 620 crore. It is a historic hotel for many reasons and it has emerged with its old name, InterContinental Dhaka.

The Inter-Continental Dacca opened in 1966 as the first international five-star hotel in Bangladesh. The InterContinental Dhaka had run this historic hotel till 1983 before Sheraton took it over.

The renovation work was carried out under an agreement signed between BSL and InterContinental Hotels Group (Asia Pacific) Pvt Ltd (IHG) on February 19, 2012.

The InterContinental Hotels Group will run the hotel for 30 years under the agreement.

Under the renovation project, each room has been widened to 40 square metres from the existing 26 square metres and the number of rooms has been brought down 231 from previous 272. Its dining hall and swimming pool have also been relocated apart from adding some new services.

The hotel hosted many important political events in the run-up to the independence of Bangladesh, including negotiations on the transfer of power after the 1970 elections.

During the Bangladesh Liberation War in 1971, it was declared a neutral zone by the International Red Cross. Many buildings in its surrounding neighborhoods were targeted by the Pakistani military, including newspaper offices and university halls.

On the dark night of March 25, 1971, a host of international media journalists, including Mark Tali and Saimon Dring of BBC, Anold Zaitlen and Clare Halingworth, Associated Press (AP) bureau chief of Pakistan, David Greenway, a reporter of Washington  Post, who were staying at the hotel, captured pictures of the brutal genocide risking their lives.

The world was able to know about the barbarity taking place in the country through their photos.

Club InterContinental offers guests an even higher level of luxury and exclusivity, from the spacious and generally appointed rooms to the private club lounge overlooking the hotel atrium; everything will revolve around the guests and their individual needs.