MoU signed to give facelift to Ajmer Dargha 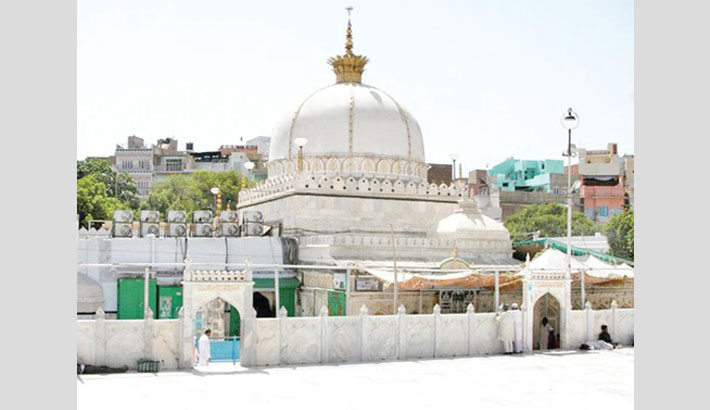 NEW DELHI: The historical dargah of Sufi mystic Khwaja Moinuddin Chishti in Ajmer is all set to get a facelift as a memorandum of understanding (MoU) was signed in this regard.

On Tuesday, the Dargah Committee, the Ajmer Municipal Corporation and Hindustan Zinc signed the MoU for spending Rs 5.68 crore to clean and manage the shrine.

The deal was signed in Ajmer  in presence of Union Minister for Minority Affairs Mukhtar Abbas Naqvi.

The 13th-century dargah has been included among the Swachh Iconic Places (SIPs), a clean-up initiative focused on iconic heritage, spiritual and cultural spots through a multi-stakeholder approach model. The campaign was initiated under the Swachh Bharat Abhiyan in 2016.

Selected 100 SIPs across the country will be cleaned and developed at a higher level of sanitation and facility management in collaboration with corporates and leading public sector units as part of the initiative.

In Ajmer, the Collector will act as the project’s nodal agency with the Dargah Committee and ‘khadims’ (workers) being the primary stakeholders. An amount of Rs 5.68 crore will be invested in the project’s first phase for establishment of two flower compost-making machines, cleaning and basic repair of the Jhalra pond, re-flooring in select areas, procurement of machine for cleaning the floors, risk management system plan, conservation of Shahjahani Gate and initial plans for Nizam Gate.

Two flower compost machines have already been installed in Kayad at a cost of Rs 27 lakh for churning out about 25 kg of compost from 100 kg of flowers offered at the dargah. A vision document for the shrine has been prepared by a team of architects and building plan and design consultants.

The project would help in the dargah’s upkeep and provide more facilities to the pilgrims coming during Urs.