Ozil back for Arsenal after rift talk 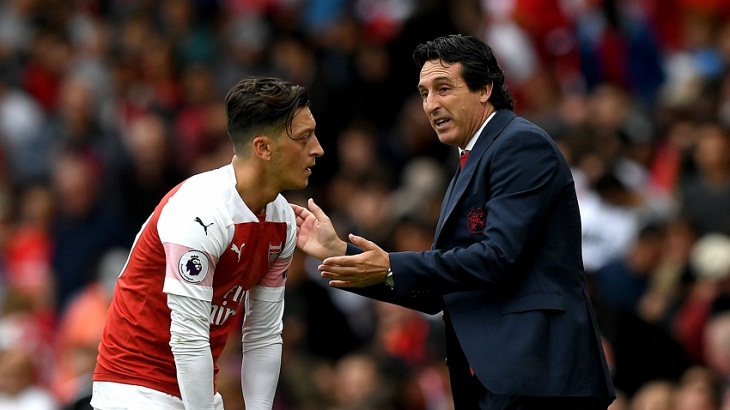 Mesut Ozil returned to the Arsenal starting line-up for their Premier League game at Cardiff on Sunday after reports he had fallen out with boss Unai Emery.

Ozil missed Arsenal's first win under Emery against West Ham last weekend amid claims the German midfielder had been involved in a training ground bust-up with his manager.

It was suggested Emery, in his first season after replacing Arsene Wenger, had told Ozil his place was in danger if he didn't try harder to adapt to the Spaniard's desire for a high-tempo pressing game.

Ozil had played poorly in Arsenal's defeats against Manchester City and Chelsea.

But Emery said Ozil was merely absent due to illness and the former Real Madrid star was at the Emirates Stadium to watch the 3-1 victory over the Hammers.

And, with Ozil apparently over his illness, he was back in the team at the Cardiff City Stadium.

Ozil's inclusion was one of two changes, with Alexandre Lacazette also included and Alex Iwobi and Henrikh Mkhitaryan dropping out.