England win toss and bat against India in fourth test 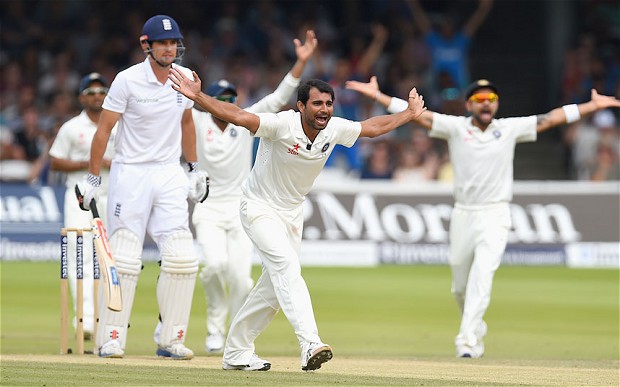 England captain Joe Root won the toss and elected to bat against India in the fourth Test at Southampton on Thursday.

Root had confirmed England's team on Wednesday, with the hosts looking to bounce back from a 203-run defeat in the third Test at Trent Bridge that still left them 2-1 up in this five-match series.

Meanwhile, Jos Buttler kept wicket instead of Jonny Bairstow after deputising when the Yorkshireman broke a finger behind the stumps.

Bairstow, however, remained in the side as a specialist number four in a reshaped top-order where several batsmen were in unfamiliar positions.

India, however, were unchanged for the first time in Virat Kohli's captaincy after off-spinner Ravichandran Ashwin was passed fit following a groin problem.

India are bidding to become just the second team in history to win a five-match Test series from 2-0 down.

An Australia side inspired by batting great Don Bradman remain the only team to have achieved that feat, against England in 1936/37.

This will be the last Test match staged at Southampton's Ageas Bowl, the headquarters of south coast county Hampshire, until at least 2025, with all of England's home Tests for the next six years allocated to the six 'traditional' venues of Lord's, The Oval, Edgbaston, Trent Bridge, Old Trafford and Headingley.