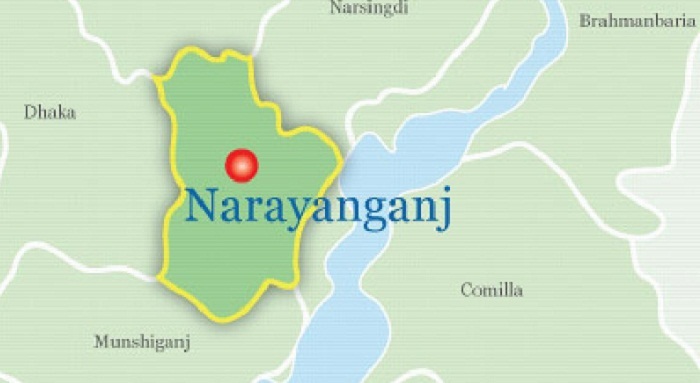 At least eight police officials including seven detective branch (DB) men were closed on Monday centering a clash at a restaurant in front of Chuwrongi Park in the city’s Khanpur area on Sunday night.

Following the incident, a three member probe body has formed said Nur-e-Alam, additional superintendent of Narayanganj DB police adding that necessary legal measures would be taken if those police officials are found guilty.

Sources said DB officials- Aminul Haque and Bakul Mia came to take some lassi at ‘My Life’ fast-food restaurant where they became locked in an altercation with the restaurant owner Jalal Uddin’s sons- Rabin and Alauddin – as the officials started to go away without paying the bills.

At one stage, the two officials started to beat them up introducing as police official. They also harassed restaurant owner Jalal Uddin and his wife Rina Yesmin as they tried to protest them.

Later, nearby businessmen rushed in and locked into a clash and beat up the police officials.

On information, additional police come to the spot and brought the situation under control after charging with batons on the businessman, they added.

Talking to UNB, Rina Yesmin said Sub-inspectors Aminul Haque and Bakul Mia with a woman came to take lassi in the evening and they started to go away without paying their foods bills.

Two separate cases were filed with Sadar Police Station in this connection. DB’s Sub-inspector Aminul Islam filed those cases. One field against restaurant owner Jalal Uddin, his sons- Rabin and Alauddin, wife Rina Yesmin, unknown 20 others. Another case filed against 40 others unknown.

Sub-inspector Aminul Islam alleged that he filed the case as the restaurant owner along with nearby businessmen swooped with indigenous weapons on them and obstructed the duty of police.