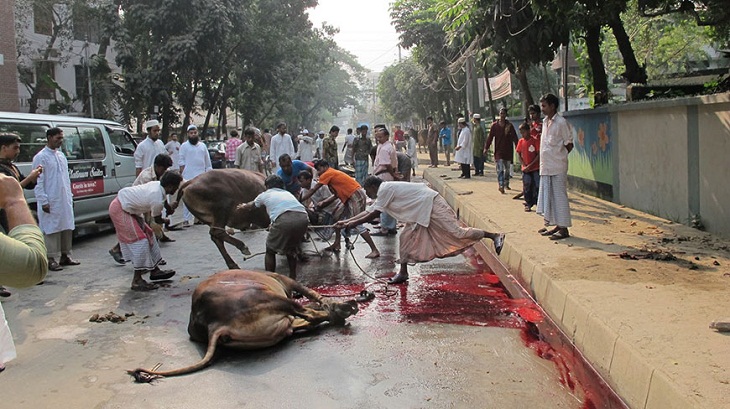 Though the city corporations have designated 620 places in Dhaka South and 543 in Dhaka North for slaughtering sacrificial animals, the city-dwells slaughtered their cattle on the streets in front of their respective houses, with bloods running down the streets.

Many families were using their parking lots for slaughtering and then sweeping the places with water sending the gory and dung onto the streets.

In some places, people were also seen throwing animal wastes from inside onto the streets.

This year, authorities set aside 2,954 spots in 11 city corporations of the country for slaughtering sacrificial animals during the Eid-ul-Azha.

But, the government’s drive and campaign in this regard have apparently failed as people hardly cared about the instruction.