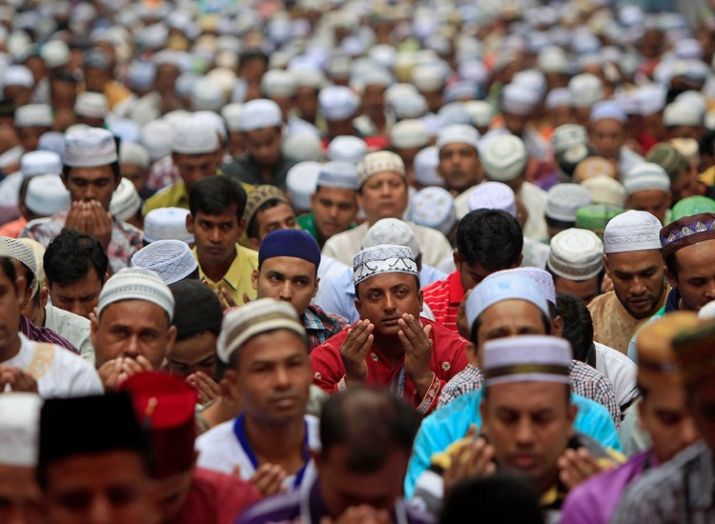 The holy Eid-ul-Azha, the second biggest religious festival of the Muslims, will be celebrated tomorrow throughout the country with due solemnity and religious fervour.

The Eid-ul-Azha is celebrated on the 10th of Zilhajj month of the Hizri calendar as Hazrat Ibrahim (AS), on this day, some 4,500 years ago, offered to sacrifice his beloved son Hazrat Ismail (AS), who willingly submitted to the will of his father to please Allah, reports BSS.

But the Almighty in His benign mercy spared Hazrat Ismail (AS) and instead sent a ram to be sacrificed.

To commemorate this historic event, the Muslims across the country will offer prayers in congregations and sacrifice animals in the name of Almighty Allah.

They will offer munajat seeking divine blessings for peace, progress and prosperity of the country as well as welfare of the Muslim Ummah.

President M Abdul Hamid, Prime Minister Sheikh Hasina and Leader of the Opposition in Parliament Begum Rawshan Ershad issued separate messages, greeting the Muslims in Bangladesh and all over the world on the occasion of the Eid-ul-Azha.

President Hamid will exchange Eid greetings with a cross section of people, including eminent citizens and diplomats at his official Bangabhaban residence on the Eid day at 10:30 am, Bangabhaban sources said.

Prime Minister Sheikh Hasina will exchange her greetings with the people, including party leaders and workers, judges and foreign diplomats, at her official Ganabhaban residence on the Eid day from 10am to 11am.

The prime minister will exchange Eid greetings with the cabinet secretary, the chiefs of the three services, foreign diplomats, senior secretaries, secretaries and other civil and military officials from 11am at the same venue.

Director of Islamic Foundation Dr Mohammad Harunur Rashid said the main Eid congregation will be held at the National Eidgah near the High Court Bhaban here at 8am.

Meanwhile, separate arrangement is also underway at the National Eidgah for women to say their Eid prayers.

Islamic Foundation’s spokesman said a total of five Eid congregations will be held at the Baitul Mukarram National Mosque, the first jamaat at 7 am, second at 8 am, third at 9 am, fourth at 10 am and the last one at 10:45 am respectively.

According to the organizers that adequate water supply and security arrangements have already been made at the Baitul Mukaram National Mosque to facilitate the Eid-ul-Azha prayers.

Apart from this, two separate Eid congregations will be held in the field adjacent to Salimullah Muslim Hall Main gate at 7 am and Shahidullah Hall lawn of Dhaka University at 8 am.