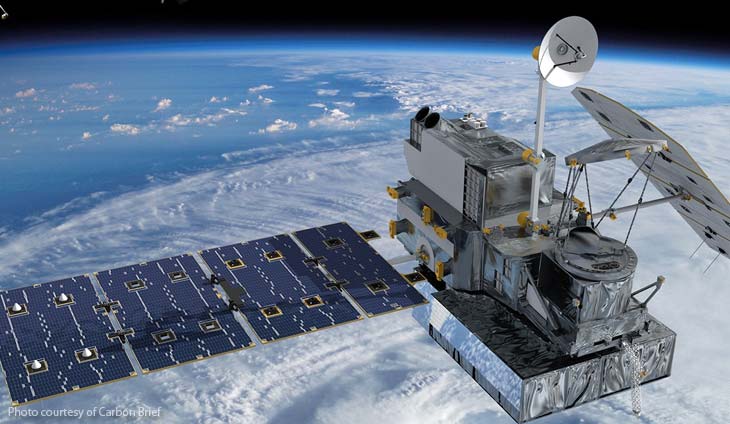 A satellite designed to measure Earth's global wind patterns is set to be hoisted into orbit Tuesday from the Arianespace launch site in French Guiana.

The European Space Agency's (ESA) Aeolus mission — named for the guardian of wind in Greek mythology — promises to improve short-term weather forecasting and our understanding of manmade climate change.

Tropical winds in particular are very poorly mapped because of the almost complete absence of direct observations.

Once in orbit, Aeolus can retrieve data from anywhere on the planet, include remote regions lacking ground-based weather stations.

The satellite will carry a large telescope measuring 1.5 metres (five feet) across, an ultra-sensitive receiver, and a Doppler wind lidar, nicknamed Aladin.

The Doppler lidar transmits short, powerful pulses of laser light toward Earth in the ultraviolet spectrum. Particles in the air — moisture, dust, gases — scatter a small fraction of that light energy back to the transceiver, where it is collected and recorded.

The delay between the outgoing pulse and the so-called "backscattered" signal reveals the wind's direction, speed and distance travelled.

Once per orbit, data is downloaded to a ground station in Svalbard, Norway.

Aeolus will be the fifth of the ESA's planned Earth Explorer missions. Others already completed or in operation have measured Earth's gravity and geomagnetic fields, soil moisture, ocean salinity and frozen expanses collectively known as the cryosphere.

The new mission will be Arianespace's 50th launch for the European Space Agency.