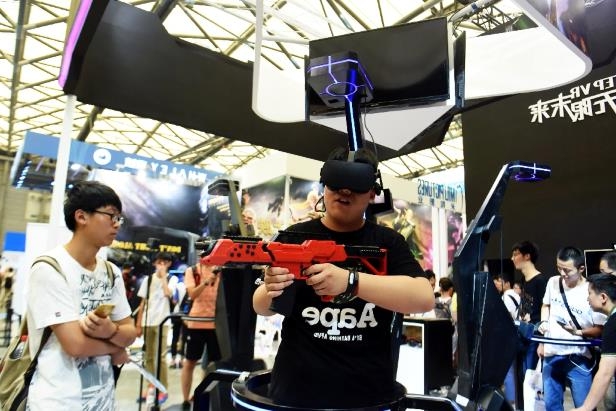 China appears to have halted approvals of new online game licences, with reports Wednesday that a government shake-up was causing paralysis in the world's biggest gaming market.

The hold-up has battered shares of market leaders like Tencent, which have plunged since the company said it had been ordered to remove hit game "Monster Hunter: World" from sale, only days after its debut.

Bloomberg News reported Wednesday that China had stopped approving any new mobile games as part of a wider shake-up of the market.

Checks of the National Radio and Television Administration's online list of approved games showed that no new titles had been added since May. The list is normally updated regularly.

China's Economic Daily in June had quoted the Ministry of Culture and Tourism, the other state body involved in approvals, as saying the agencies were undergoing "organisational adjustments."

Regulators have also balked at approving games featuring violence and gambling, Bloomberg quoted a source saying, as Xi pushes a "purification" campaign in media and entertainment.

Hong Kong-listed shares in Tencent, which derives much of its income from games, dropped more than three per cent on Wednesday and are down around 10 per cent since last week's announcement.

A Tencent spokeswoman did not immediately respond to a request for comment.

Other Chinese game developers also lost ground on Wednesday after reports of the approval freeze emerged. Perfect World ended 0.11 per cent lower and 37 Interactive was down 0.86 per cent, after both fell more than one per cent earlier in the session.

"For new game approvals, there will continue to be a drag," Alicia Yap, a Citigroup internet research analyst told Bloomberg.

"If they previously didn't get an approval, it seems that there will continue to be a hold on that."

China is the world's largest gaming market, with an estimated $37.9 billion in revenue, according to research by Newzoo.

Subsequent government personnel changes are widely believed to have led to a logjam in some decision-making, partly as officials avoid making major moves until the dust settles.

Some analysts expect Tencent to post a drop in mobile gaming revenue when it announces earnings for the most recent quarter later on Wednesday.